An all new episode of our feature ''Carpe Diem Goes Back to It's Roots'' in which I love to tell you more about the classical origins of haiku. In this episode I will look at Waka, an ancient Chinese/Japaese poem from which Tanka originated and several years later haiku.
Before we deal with the relation of waka and haiku, we have to look at the relation between waka and Chinese poetry. The Manyoshu consists of more than four thousand pieces, the great majority being waka, and the rest naga-uta, or long poems. Two or three hundred years before, Wani, a Korean poet, had brought the Analects and the Senjimon, (A thousand characters, written about 525 AD) to Japan, and the influence of  Chinese thought and literature had begun. The Kokinshu, completed about 922, contains only five naga-uta, an this may well have been partly due to the influence of Chinese poetry, which, however long the poems may be, is meaty to the eye as well as to the mind, where as a long Japanese poem tends to be flimsy and vague.
In classic Japan the language in which poems and literature were written was Chinese, so most known waka were also in Chinese.


Chinese poetry and waka have been sung or intoned by the people of the palace and the nobility in general as we already know (lecture 2) also Renga was something of the palace and nobility.
The Roeishu, or Collection of Clear Songs, Japanese and Chinese, commonly accepted publishing dat in the 10th or 11th century. The Roeishu consists of two parts. The first divided into seasons and subdivided into subjects, the second divided into subjects irrespective of seasons. For each subject, part of a Chinese poem, usually that of Hakurakuten, a part of a Chinese verse, by a Japanese writer, and waka are given, the number of each varying.
For example: in the first part, under Winter Evening, we have two lines from a poem by Hakurakuten:

''One cold lamp at night among the clouds;
many cups of warm wine is spring in the snow"

Several old cronies are gathered together in a house high up in the mountains, and the cup passes round, gladdening their hearts as though spring had come.
The next is two lines of a Chinese poem,  Sitting up Alone at Night in Winter:

"The years passing with the guttering of the lamp,
the traveller's grief only grows at his pillow"

This verse describes the increasing loneliness of the traveller; as the night draws on the lamp goes out at his bedside. It is by a Japanese poet, Aritsura, who afterwards became a monk, and took the name Sonkyo. Last, there is a waka by Ki no Tsurayuki (883-946), author of the Tosanikki, a classic of travel diaries, and one of the compilers of the Kokinshu (+/- 922). He is one of the greatest masters of waka.

filled with longing
I go to her I love;
the river wind is chill tonight,
plovers crying

These three poems show how waka and Chinese verse were compared and contrasted by the Japanese poets. One more point to say, Buddhism influenced the waka, even more then Chinese poetry did. 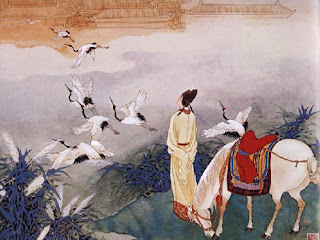 In dealing with the realtion between waka and haiku we may begin by describing Basho's attitude and then give a more general account of the differences between the two.
Basho, the spiritual founder of modern haiku, lived during the second half of the 17th century. In the first half of the century, the Teitoku-school (1570-1633) was flourishing. A typical example of this work is the following:

dumplings
being better than flowers,
the geese are returning there?

Teitoku has taken two elements and combined them, first the popular saying Hana yori dango, meaning, something to eat is better than something to look at, the material than the spiritual. The other is a poem from the Kokinshu:

they see the spring mist rising,
but the wild geese depart,
wont to dwell
in flowless villages? 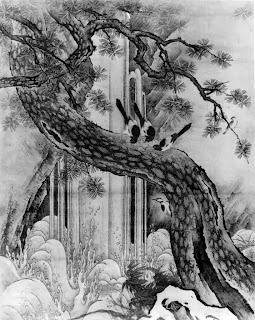 Teitoku has taken a quite beautiful old verse, abbreviated it, and inserted in it a popular but not very elevated proverb.
Towards the middle of the 17th century, the Danrin-school under Soin arose. This also made puns, combinations of scraps of learning, and wit, its chief objects. For example:

should it have such worth,
what would I not give
for the scenery of Autmn?

Soin composed the verse in praise of the Island of Ojima at Matsushima.
A little later, that is, in the second half of the 17th century, there were great movements in haikai circles; Basho and Onitsura appeared. The reasons for this phenomenon may be adduced in the social and spiritual conditions of the age, but the fact that such matters are as inscrutable as the mystery of life itself. In any case, there was a general desire to raise haiku from its low state of punning and joking, to the high literary and spiritual level of waka.
Basho wished to make haiku something that waka was not, an expression of popular feeling, in the sense that it should express the intensity of daily life. The aim of Basho was to continue what began with the Teitoku-school and increased with the Danrin-school, the employment of popular phraseology, Chinese expressions and other foreign words. Haiku poets wanted somehow or other, by the use of, haiku words, to make haiku something different from a short waka. Here was the spirit which, in the case of Basho, was more important than the form in which it was to be expressed. Basho was more interested in the spirit of Chinese poetry than its form, but an example of his imitation of one of the 'tricks' of Chinese poetry, is seen in the following:

who is it that grieves,
the wind blowing through his beard,
for late autumn? 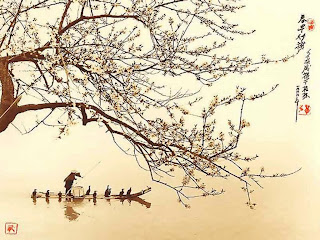 In haiku, the gentlest, most melancholy and quiet aspects of things are grasped with an energy, a concentration, an elan, which seventeen syllables and no more are fitted to express. Basho occasionally tried to do in haiku what could be better done in waka. The lyrical vague, the cloudy emotional, the dreamy forlorn, - this is the realm of waka, and length is necessary for it.

no one lives at the Barrier of Fuha;
the wooden penthouse is fallen away;
all that remains
is the autumn wind

Upon this, from the Shin Kokinshu, Basho composed the following:

This is much inferior to the waka. It omits the most poetical part, the thought in the last two lines, and requires the waka as a postscript, to enable the haiku to be understood at all
Coming now to the general differences between waka and haiku, we may say that waka aim at beauty, a somewhat superficial beauty sometimes, that excludes all ugly things. The aim of haiku is not beauty; it is something much deeper and wider. It is significance, a peotical significance, 'a shock of mild surprise', that the poet receives when the haiku is born, and the reader when it is reborn in his mind.
Haiku seizes a moment of inexplicable depth. It does not look before and after, but confines itself to the timeless, when life suddenly deepens, and all the universe is present.

lightning one candle
with another candle;
an evening of spring 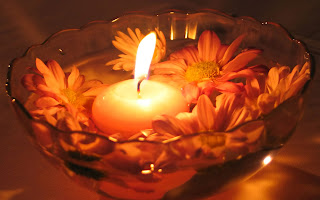 Haiku are self-deliterating; they are the real 'songs without words'. In haiku the melody and rhythm remove the barriers of custom and prejudice between ourselves and the object. When we say 'object', this doesn't mean that it is necessarily a material thing. It may be time, the length of a spring day or shortness of a summer night. But even this is felt in a material way; spring is a manifold of sensations, and the passage of time is as palpable as the flowing of a stream.
From the haiku point of view, waka say to much.
Compare the following waka, by Hitomaro, with the haiku by Basho. First the waka:

evening mist is trailing
over Mount Kagu
in the ageless sky;
it must be
that spring is here

And now the haiku by Basho:

spring has come;
a nameless hill
is shrouded in thin mist

Here the historical association is not merely avoided, the point of the haiku lies in the very avoidance. The aim of haiku is to live twenty four hours a day, that is, to put meaning into every moment, a meaning that may be intense or diffuse, but never ceases.
OK ... enough information I think (smiles). Let me go on with the goal of this new episode of "Back to Our Roots". 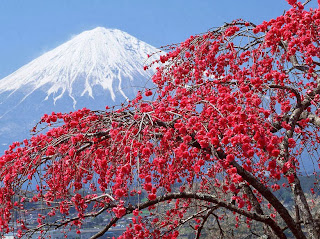 The goal of this episode of Carpe Diem's Goes Back to It's Roots is to choose a waka, you can find a lot of them on the Internet, and re-do that waka into a haiku. The haiku has to follow the classical rules as there are:
I have chosen a waka written by Gotokudaji Sadajin:

looking
where the hototogisu
had cried,
only remaining
the moon of dawn

This episode of Carpe Diem Goes Back to It's Roots will stay on until December 24 th 11.59 AM (CET) and is now open for your submissions. Have fun, be inspired and share your haiku with us all here at Carpe Diem Haiku Kai.

Email ThisBlogThis!Share to TwitterShare to FacebookShare to Pinterest
Labels: Back to the roots of haiku, Basho, Buson, Carpe Diem, Waka
Location: Nederland