Almost four years ago, October 2012, I started Carpe Diem with the first prompt "waterfall". It was just an experiment and I never had thought that Carpe Diem would still be alive and kicking in 2016. But Carpe Diem is still here and today we have a nice celebration, a new milestone, this is our 1000th regular prompt. So I love to thank you all for being part of Carpe Diem and giving Carpe Diem a reason to go on. 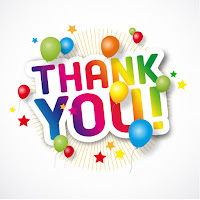 Today we have our 1000th regular prompt and I think it fits in a great way. Today our prompt is Reed, and that "tree" (the Celts saw every wood-like plant as tree) is very flexible, it moves with the wind without snapping, it can carry a lot of snow without snapping ... and as the Celts thought ... Reed sings, and the Celts knew that Reed was the Messenger of the gods. Did you ever listened to Reed? You really can hear it "sing" on the breeze ... a heavenly song and I can imagine that the Celts thought that Reed was the Messenger of the gods.

Let us take a closer look at the meaning of Reed:

Although the reed isn't a tree, the druids viewed any large plant with a woody stalk to be a tree, and the Reed was considered very important. Therefore, the Reed was included in the Celts sacred Ogham because it met their criteria as a sacred organism, it was an extraordinarily useful plant, and it possesses a slew of noble qualities.

In the time of the ancient Celts their landscape held prolific Reeds in swamp areas; some growing up to 20 feet tall. With such a presence, it stands to reason the Reed held a place among the hierarchy of nature for the Celts.All things of the natural world were honored by the Celts, just like we do as haiku poets, maybe we are the same as the Celts, and all things represented the connection with life. In this way, the Reed was highly revered for its usefulness in the day-to-day practices of the Celts.

Reed was used for many purposes by the Celts. Specifically, they would weave Reeds together to make thatched roofs on their homes. This is where the Reed obtains its symbolism of protection. It is also a natural insulator, and the Celts honored it highly during cold, wet months.
Reed gives off a faint sweet smell when macerated, and so the Celts were known to lay out pressed Reeds as flooring in their homes to deodorize. This was also a practice for cleansing and purifying homes.
Reeds also made good candles, and were viewed as beacons of light during the dark nights.
Reed gets its symbolism of communication from several sources. In the hands of a good craftsman, a Reed would make a fine whistle or flute. These were highly prized amongst the people, particularly bards. Through these flutes and music the spiritually-minded Celts would communicate fantastic worlds of vision, heroism, and beauty.
Secondly, if you are still enough, you can hear Reed sing a song when the wind blows through it. If you've ever had the pleasure of hearing it, you know it is an eerie experience. The Celts viewed this as an otherworld voice, and considered it a message of powerful importance.
Reed ... a wonderful "tree" with its deeper meaning being a moderator between the gods and humans. Reed ... we have to cherish it like gold ...
waving in the breeze
Reed praises its Creator
being a messenger

And a few other haiku on Reed: