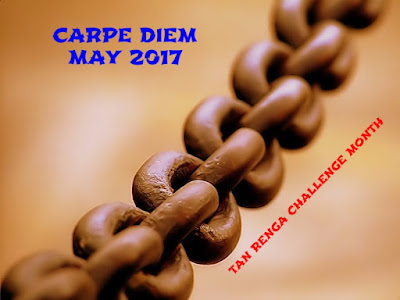 Today I have another not so well known classical haiku poet who was a contemporary of Shiki and Santoka Taneda, Ogiwara Seisensui (1884-1976), maybe you can remember him, because I have written about him earlier here at CDHK.

Let me tell you a little bit more about him.

Ogiwara Seisensui (1884 - 1976) was the pen-name of Ogiwara Tōkichi, a Japanese haiku poet active during the Taishō and Showa periods of Japan. Seisensui was born in what is now the Hamamatsuchō neighborhood of Minato, Tokyo, as the younger son of a general goods retailer. Both of his siblings died in infancy. Although he attended Seisoku Junior High School, Ogiwara was expelled after publishing a student newspaper criticizing the school's educational methods and administration. After entering Azabu Junior High School, he quit drinking and smoking, seriously engaged in studying, and gained admission to Tokyo Imperial University. While a student majoring in linguistics, he became interested in writing haiku.


Seisensui co-founded the avant-garde literary magazine Sōun ("Layered Clouds") in 1911, together with fellow haiku poet Kawahigashi Hekigoto. Ogiwawa was a strong proponent of abandoning haiku traditions, especially the "season words" so favored by Takahama Kyoshi, and even the 5-7-5 syllable norms. In his Haiku teisho (1917), he broke with Hekigoto and shocked the haiku world by advocating further that haiku be transformed into free verse. His students included Ozaki Hōsai and Taneda Santōka. His role in promoting the format of free-style haiku has been compared with that of Masaoka Shiki for traditional verse, with the contrast that Seisensui was blessed with both vigorous health, and considerable wealth. He also was able to use new media to promote his style, including lectures and literary criticism on national radio.

Seisensui's wife and daughter perished in the Great Kantō earthquake of 1923, and his mother died the same year. He moved to Kyoto briefly, and lived for a while at a chapel within the Buddhist temple of Tofuku-ji. He also began a period of travel around the country. He remarried in 1929, and relocated to Kamakura, Kanagawa. He moved to Azabu in Tokyo until his house was destroyed during World War II. He then moved back to Kamakura in 1944, where he lived until his death.

Here is the "hokku" to work with today:

dandelion dandelion
on the sandy beach
spring opens its eyes

As I look at this haiku and re-read it several times I sense fragility in the scene, but also strength. Dandelions are very strong flowers and they survive almost everywhere.

Here is my completed Tan Renga:

In my second stanza I tried to catch the feeling of fragility and strength by "super-impose" them on youngsters. They are full of life and full of adventure and in the second stanza they are bringing that together through their naked dive. In early spring the sea here in The Netherlands is very cold, so I applaud these youngsters that they dare to take that naked dive.

This episode is open for your submissions tonight at 7.00 PM (CET) and will remain open until May 22nd at noon (CET). I will try to publish our new "weekend-meditation", a new episode of Universal Jane, later on. Have fun!