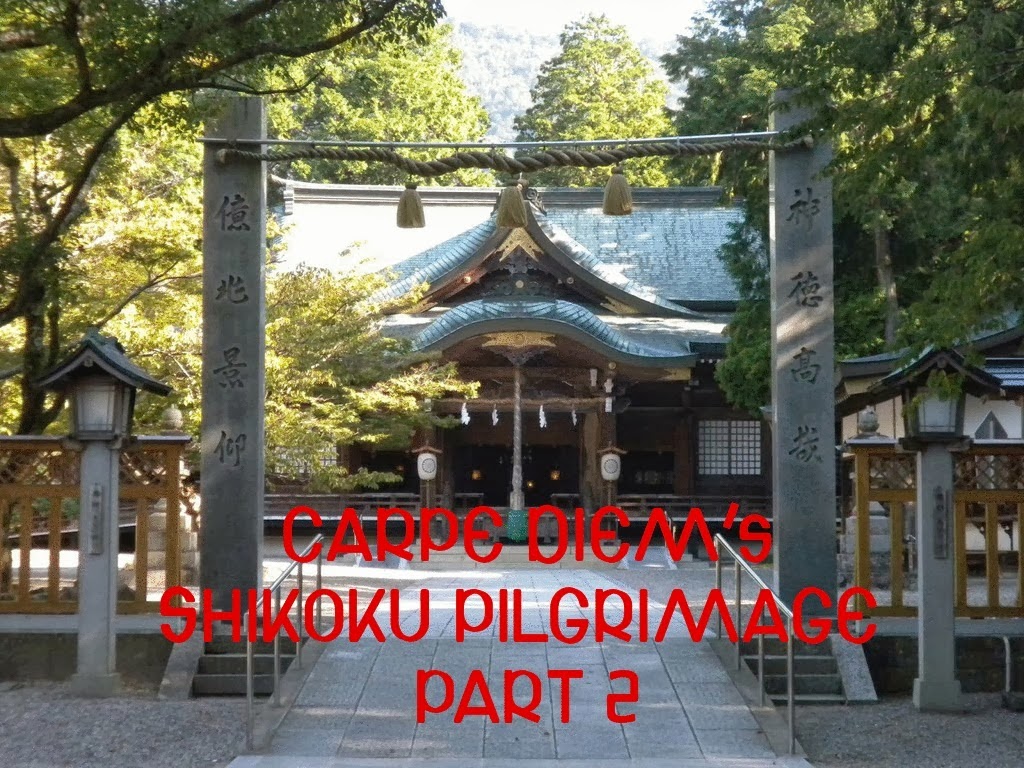 Here we are at Unpenji, temple 66, being back in Tokushima Prefecture (the first Prefecture we entered) were we started. It's just for today that we are back at the beginning of our Shikoku Pilgrimage. Another day has passed away and it's time to explore another theme of the Stata of Zen of Haiku.
Today we will explore non-morality. Zen is non-moral. About morality as such, pure morality, there is something hard and mechanical and dead often makes us wish to do without it. So-called 'good' actions are, as far as the morality of them is concerned, cold, and move us to a merely cold admiration. It is in this manner, rather than then the action or its results, the manner of the person who does it, that the value lies.
At bottom, this 'manner' is the poetry of the action. It has nothing to do with the morality of it. An example written by Oshima Ryota (1718-1787), a not so well-known haiku-poet:

angry and offended,
I came back:
the willow tree in the garden


What a wonderful haiku don't you think too. I can picture the scene. Ryota is offended by someone and is angry about that, but as he returns home and sees the willow tree in his garden, his anger dissapeared like snow in the sun.

Buddha taught that by fulfilment of the moral laws a man may enter into Nirvana. He never suggested that any other means was possible. The teaching of Christ is exactly the same.

not a single stone
to throw at the dog, -
the wintry moon


Taigi was angry on a dog who was barking the whole night through and he sought for a stone to throw at it, but then he saw the wintery moon, and his anger vanished.
This is poetry, howerver inhumane it may also be. The point lies in the fact that e.g. Christ was not hindered by his morality from doing the will of God. It is not a merely superficial view which considers this something which is above morality and destructive. Life is only possible through death, but the positive side of the matter is in life itself. The strange thing is that, because of, or in spite of, or irrespective of morality, all things work together for good, all that we behold is full of blessings.
It is in this sense that we say, Zen is non-moral. It lives a deeper life than morality as such, not cast down by sin or elated by virtuos action, a life of painful joy without ceasing.
For this episode I gratefully used the Haiku-series written by R.H.Blyth.


Today we visit Unpen-ji (temple 66) situated in Myoshi, Tokushima Prefecture, devoted to Senju Kannon, a Buddha which we have met earlier on our pilgrimage.The city's flower is a beautiful flower from the family of orchids.


scent of orchids
overwhelms me as I enter
Unpen-ji temple

boiling of anger
after the quarrel with her -
Honeysuckle perfume

It is not easy to catch non-morality in a haiku, so I tried it with the second haiku above, but ... I am not satisfied with it.