This week's GW-post isn't really a GW-post, because I write it myself. And I have chosen to look a bit deeper into the matter of the "hoax" or "so-called" Kanshicho-style of writing haiku. Let me first explain what Kanshicho means. To explain the word "kanshicho" I have split it into three parts: "kan", "shi" , "cho" and  "Kanshi". The first three parts are the so called "onji" or sounds of the word, the last "kanshi" part is the both first "onji" together and I have tried to find their meaning, not to state my meaning, but to try to explain why Henri Kerlen (the Dutch Sinologist and Japan expert who used this Kanshicho in the preface of his "Sound of Water", haiku by Basho-Anthology) has chosen for this "Kanshicho".

Let me first reproduce here the quotes which I used in the "Ask Jane ..." episode a few days ago:

I will look at the separate "onji" of "Kanshicho" now and than I will try to explain what Kanshicho was meant to be.

As I place those meanings together than Kanshicho means:

A poem in the Chinese way that expresses the extravagance and pride of the poet with the frivolity of the flight of a butterfly. And than Kanshicho starts to come to life. It's an expression of something which is seen by the poet, a moment as short as the sound of a pebble thrown in to water, in which he/she sees the extravagant beauty  and pride of nature. That extravagance beauty is caught in a three lined verse with the frivolity, (in my opinion frivolity means "not strings attached, free") of the flight of a butterfly. 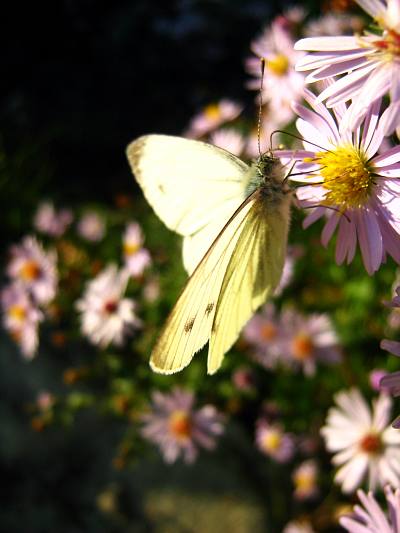 This explanation could have been used by Basho and his companions to bring the essence and beauty of haiku to the ordinary people (as mentioned in the first quote). Frivolity like the flight of a butterfly can not be caught in a 5-7-5 strict rule, so to bring that frivolity into the haiku, Basho, Soin and others broke the rule of 5-7-5 ...

Back to the idea of Kanshicho being a "hoax" or "Internet legend" ... that could be, but I like the style because it gives me the freedom to write my haiku as I do. I have succeeded to find Henri Kerlen and I have asked him about the Kanshicho-style haiku ... I am waiting on his response. As I have got his response I will bring it up here ...

With this GW-post I hope that I have explained the Kanshicho-style and that we all just see it as a chance to experiment with our beloved haiku ... because that's the most important of haiku ... enjoying it and feel free to give form to your feelings whether that is in the classical or in the non-classical way of haiku.

For this GW-post I have the following "challenge" ... try to write a haiku in which the meaning of Kanshicho as mentioned above can be seen or found. Just try to write a haiku that expresses the extravagance and pride of the poet with the frivolity of the flight of a butterfly.

This GW-post is open for your submissions tonight at 7.00 PM (CET) and will remain open until November 21st at noon (CET). For now .... just have fun!

PS.: After this GW-post I will "close" the discussion about Kanshicho, because ... haiku has nothing to do with discussing, but just with the fun of enjoying nature and our part in it and the joy to express our feelings. This "Kanshicho-style" discussion was fun too and very challenging, but now ... back to writing and sharing our beloved haiku with the world and each other.