It's my pleasure to bring another wonderful (well known) haiku poet to your attention, Cor van den Heuvel. Of course I will give credits to his work used here. I have asked him for permission to use his haiku (of course I hope he will grant me that permission), I however had already planned haiku written/composed by him for this festive third anniversary month of Carpe Diem Haiku Kai.

Let me tell you a little bit more about Cor van den Heuvel:


Cor van den Heuvel, born and brought up in New England, has been writing haiku since he first discovered the genre in 1958 in San Francisco, where he heard Gary Snyder mention it at a poetry reading in North Beach. Though he is considered one of America's leading haiku poets, van den Heuvel is best known as the editor of The Haiku Anthology, generally considered the definitive collection of American and Canadian haiku.
After learning about haiku, van den Heuvel soon returned to the east coast and by early 1959 was writing his own haiku in a small cottage in Wells Beach, Maine. That summer he got a job reading them, along with translations of Japanese haiku, at the Cafe Zen in nearby Ogunquit. In the fall he moved to Boston where he gave readings of haiku and other poetry in Beat coffee houses.
At the beginning of the 1970s, van den Heuvel, joined the Haiku Society of America and became friends with William J. Higginson, Anita Virgil, and Alan Pizzarelli. The poet's association with the society was close for many years. While he was its president in 1978, the society's magazine, Frogpond, began publication and haiku poet Sumio Mori and haiku scholar and critic Kenkichi Yamamoto were invited from Japan to speak on haiku in New York City.
In 2000 he was named Honorary Curator of the American Haiku Archives at the State Library in Sacramento, California, and at the World Haiku Festival held in London and Oxford, he received a World Haiku Achievement Award.
On December 1, 2002, he was awarded The Masaoka Shiki International Haiku Prize in Matsuyama. The prize, for outstanding contributions to haiku as poet and editor, included a cash award of 500,000 yen (about $4,000) and an all-expenses-paid week in Japan. Van den Heuvel is presently in the process of putting together a volume of his collected haiku, The Ticket-Taker's Shadow. A book of his haibun, A Boy's Seasons, which was serialized in Modern Haiku, is to be published by Press Here.

I first thought that Cor van den Heuvel was a fellow dutchman, but it turned out that he wasn't a dutchman, but as I look at his name ... than he must have had Dutch ancestors ... maybe I will have the chance to ask him that.


Cor van den Heuvel has written wonderful haiku, but especially I was pleasantly surprised by his poetry-book "baseball", one of the most famous American sports. So I had to find a few of his haiku from "baseball".

© Cor van den Heuvel (from: baseball)
But of course he has written a lot of other gorgeous haiku as we saw in one of our earlier Utabukuro episodes and now I love to share a few other haiku written/composed by Cor van den Heuvel to inspire you.


late autumn-
sunlight fades from a sandbank
deep in the Woods

As you all know it's the goal to write an all new haiku (tanka or other poetry form) inspired on the haiku by the featured haiku poet trying to become close to the same sense, tone and spirit. Not an easy task ... but I love to challenge you (as you all know) and myself.

Here is my attempt to write an all new haiku in the same sense, tone and spirit as the haiku by Cor van den Heuvel: 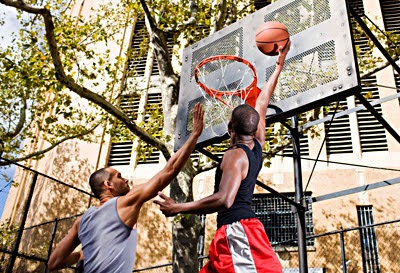 Another one, this time inspired on the "baseball"- haiku. I am a big fan of basketball and I thought "maybe I can write a haiku inspired on basketball", so here is my very first "basketball - haiku" ever.
rebound
he dribbles to the other side
three points!

I remember that we had a Jack Kerouac haiku on basketball last year in May. I love to share that haiku here again:

© Jack Kerouac
Another wonderful CD Special has come to its end and I hope it will inspire you all to write an all new haiku, tanka or other Japanese poetry form. It was really fun to create this episode and I hope you all will feel that joy and fun too.

This episode is open for your submissions tonight at 7.00 PM (CET) and will remain open until October 8th at noon (CET). I will (try to) publish our new episode, a new episode of Haiku Writing Techniques, later on.
By Chèvrefeuille - October 05, 2015