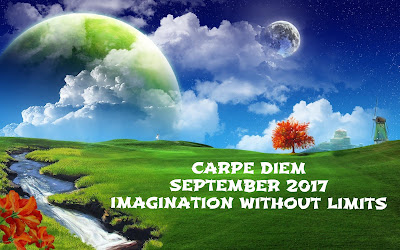 Wow what an awesome response I have gotten on one of the earlier posts here in which I told you about the start of Carpe Diem back in 2012. It is really awesome to see how many haiku poets have found their way to Carpe Diem. It is really a joy and an ecouragement to go on and create Carpe Diem Haiku Kai for you all.

This month it's all about "Imagination Without Limits", go with the flow, become one with the sphere of the images shared here ... and explore your limits ...

Today I have another beautiful image for you. This one I found on Tumblr's "AvaZenGarden" and I couldn't find the name of the photographer. With this image came a quote by Buddha, which I will share also here, but first the new CD Imagination.

And here is the quote by Buddha:


[...] “Thousands of candles can be lit from a single candle, and the life of the candle will not be shortened. Happiness never decreases from being shared.” [...]
As I read this quote at "AvaZenGarden" I remembered that I had used this quote earlier here at CDHK (back in 2014) and immediately there came a few haiku in mind which fits this image like a glove.
First one by Ese, one of our steady visitors and great haiku poetess:
silent steps -
one more candle illuminates
the old chapel
© Ese
And another haiku which reached out to me while preparing this episode was a renown haiku by Yosa Buson, one of the five greatest haiku poets ever:
Lighting one candle
with another candle--
spring evening
© Buson 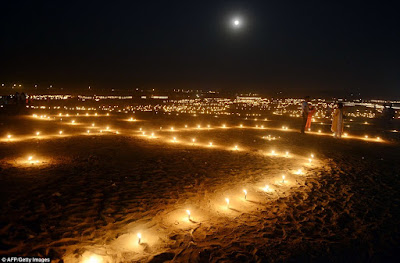 In that episode to which I am referring above I shared the following haiku with you all:
shadows on the wall
one single candle shines its light
towards the world
© Chèvrefeuille
Well all beauties if I may say so, but of course I have to create a new haiku inspired on this image trying to find my limits. Recently I started experimenting with another kind of haiku-creations, so I have tried that again inspired on this image, here is a new "experimental" haiku:
light
spread
around
© Chèvrefeuille (experimental haiku)
By Chèvrefeuille - September 11, 2017