Carpe Diem #1635 "Go get yourself a saijiki and read it many times". Kigo: butterfly

First I love to give you a little bit more background on the classical kigo (seasonword):

Nature provides us with variuos phenomenon during the seasons, but NOT with words about them.

We humans make up words, classify them, write poetry with them and collect them in almanachs.
The Japanese have been the first to put their seasonal words into collections, call the short poems HAIKU and archived them in books called SAIJIKI, that is why even today as haiku poets we stick to these human conventions and we use these books as reference for our own haiku.

The Japanese saijiki started in a time when the Asian lunar calendar was used in Japan, so even now we have a sort of timeslip of one month between the ... natural phenomenon.. and the .. kigo about them ...
February, equated to the second lunar month, for example is early spring in the Asian Lunar Calendar system but late winter in the reality of the weather conditions in most parts of Japan.
Consider Northern Hokkaido and Southern Okinawa ... and yet Japanese haiku poets use the same saijiki when they write about natural phenomenon. (Source: World Kigo Base)

All these kigo (seasonwords) were gathered in a so called Saijiki: A Japanese saijiki is a handbook of the culture of Japan, a travelouge through their many festivals, a description of their food and drink, a celebration of their nature.
Kigo are not ment to be a weather forecast or a biology textbook, but a reference to these words used in the Japanese poetic cultural context.

Kigo are not simply seasonal words representing animals, plants and natural phenomenon, they also include local festivals and other human activities, and thus carry a lot of cultural background information.

The first advise of a haiku teacher (sensei) in Japan is always:
Go get yourself a saijiki and read it many times.

wake butterfly -
it's late, we've miles
to go together 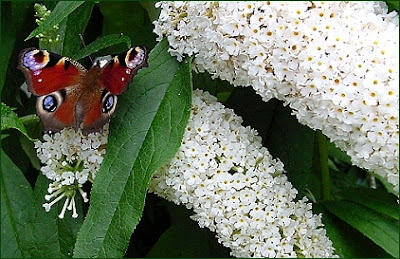 And of course I have also a haiku written by myself:

cobweb scattered
by the fluttering of wings
a blue butterfly

on the verandah
a yellowish butterfly
the light of sun down

Wonderful haiku about butterflies, our classical kigo for spring to work with.

This episode is NOW OPEN for your submissions and will remain open until April 3rd at noon (CET). I will try to publish  our next episode later on.