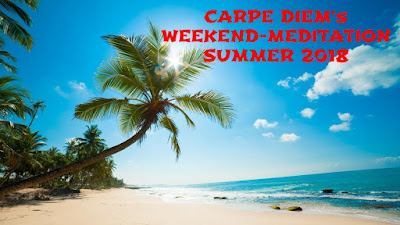 Maybe you can remember one of our last episodes of "crossroads". I challenged you to create a so called "fusion"-haiku from two given haiku and to create a Troiku with your "fusion'-haiku. I was glad to see that you liked that challenge, so that's the reason why I choose "Troiku Challenge" for this weekend-meditation.