You all are familiar with that one unknown haiku poet I introduced to you here at CDHK, Yozakura. Yozakura was a contemporary of Basho and one of his disciples.. Yozakura taught me that there is always a possibility to become a haiku poet. Yozakura's life wasn't easy, but he was driven by a dream ... to become an apprentice of Basho. And as we all know he became a disciple of the master.

This new feature I hope to publish every Sunday as a kind of treat for you my dear CDHK family members ... You All are the purpose of my life to inspire you with the beauty of Japanese poetry especially haiku and tanka ... For this first episode I have chosen for a contemporary of Shiki. I really didn't know this haiku poet, a disciple of Shiki, and I couldn't find some background about him. After a long evening of surfing the Internet I finally found a little bit of background.


For this first episode of "Leafless Tree" I have chosen Heiro Yaezakura (1879-1945), the title is taken from one of his haiku:

The boats
Escaping the heat at night
Move the beautiful waves

Yaezakura (sounds familiar ?) was a disciple of Shiki, but he also was a haiku poet who wrote a lot of haiku for Shiki’s column in the Japanese newspaper “Nihon”, but Shiki didn’t appreciate his haiku. Two years before Shiki died he started to write several journals. One of those journals was titled Bokuju Itteki “A Drop Of Ink” and in that journal he writes the following about Yaezakura:

[...] “Mr Yaezakura may be said to write the most. He sends in thousands of poems every season, and usually writes from twenty to fifty on each subject. But he puts them together at random, oblivious of whether they are banal mediocrities or no more than plagiarisms, as though he lusted for quantity at any cost. It makes me feel rather sick.” [...] (Source: Monumenta Nipponica, Vol. 30, No. 3 (Autumn, 1975)

Here are two other nice haiku by Yaezakura:

The coldness
Of a broad road
In the mountain country

In the deep mountains
Men awaiting the salmon,
Burn the grasses

Yaezakura an unknown haiku poet who was a disciple of Shiki and I never had heard of him, but now he is out in the open. I like these three haiku he wrote, are those masterpieces? I don't know, but I like them. 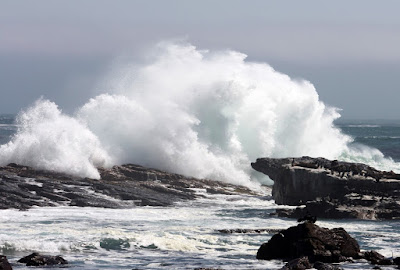 I hope you do like this new feature. This episode is NOW OPEN for your submissions and will remain open until October 26th at noon (CEST).