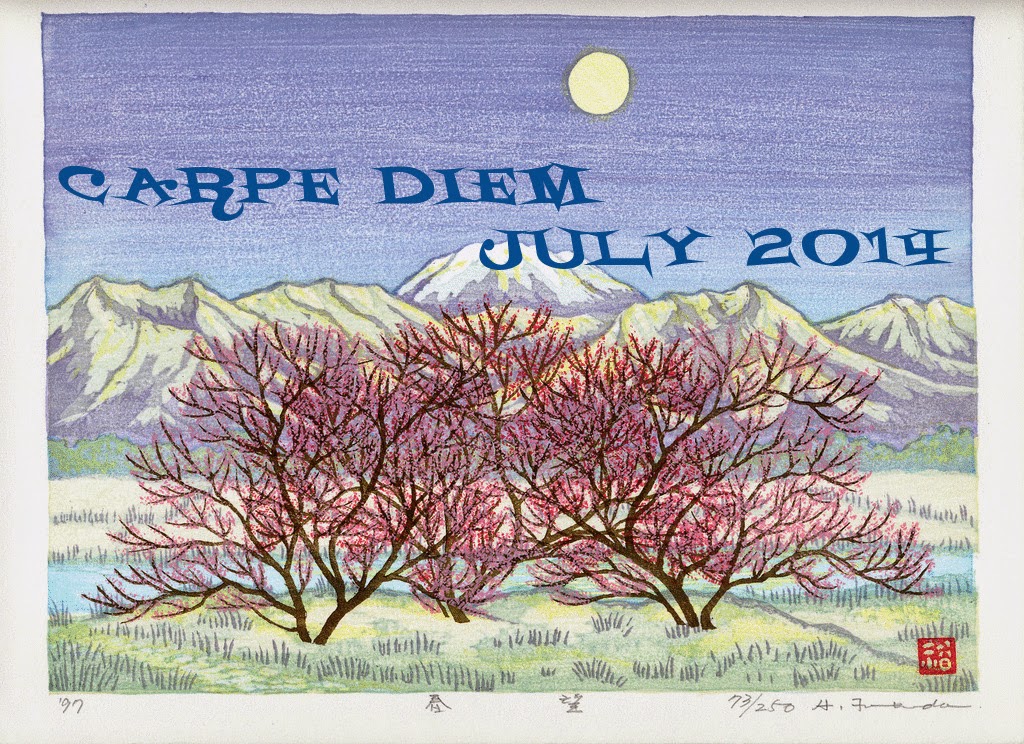 Today we will meet Masaoka Shiki, who gave haiku it's name and brought this poetry-art into the 20th century. Shiki died at a young age by a kind of Tuberculosis. His name ''Shiki'' means ''bleeding throat'' and refers to the story of a bird which sang until it's throat bleed. Shiki was a ''follower'' of the style by Buson and was very clear in his meaning about Basho. He didn't like Basho's haiku ... but at the end of his life ... he said something like "I was a great poet, but Basho is the real master''.

When Shiki was in the fifth grade he composed a Chinese poem:

under the moonlight, cuckoo cried as if it coughed up blood.
the sad voice kept me waking up,
the cry reminded me of my old home town far away.

(It is said that a Japanese cuckoo, hototogisu , Žq‹K (Shiki) will sing until it coughs out blood because of its sad voice.)
In those days Chinese poetry and prose were considered as important learning and culture, so even young children used to compose them. The interesting thing about this young Shiki's Chinese poem is that he composed on a sad voice of cuckoo which would cough up blood. Later he was to cough out blood and he picked out his pen name, Žq‹K (Shiki) a hototogisu. Shiki wrote about 900 Chinese poems in his life.
As I said above ... Shiki was the haiku-poet which brought haiku into the 20th century. He had been there in the 19th century when steam engines (trains) started to come into the life of humans. He wrote a few nice haiku on this ''wonder''.

low along the railroad tracks
in the moonlit night

after the passage of a train -
young foliage

The second haiku is a great one ... it's a spring haiku ''young foliage'' points to spring and it points towards the industrial revolution with the coming of the steam engine. In that time it was a ''wonder'' to see the steam engine. Shiki must have been in awe as he saw the first steam engine ...

What a nice and exciting time it must have been ... to see all to changes ... And ofcourse it is exciting that Shiki gave haiku it's name as we still use it today ...

This episode is open for your submissions tonight at 7.00 PM (CET) and will remain open until July 8th at noon (CET). I will try to post our new episode, the second haiku by Basho, later on.