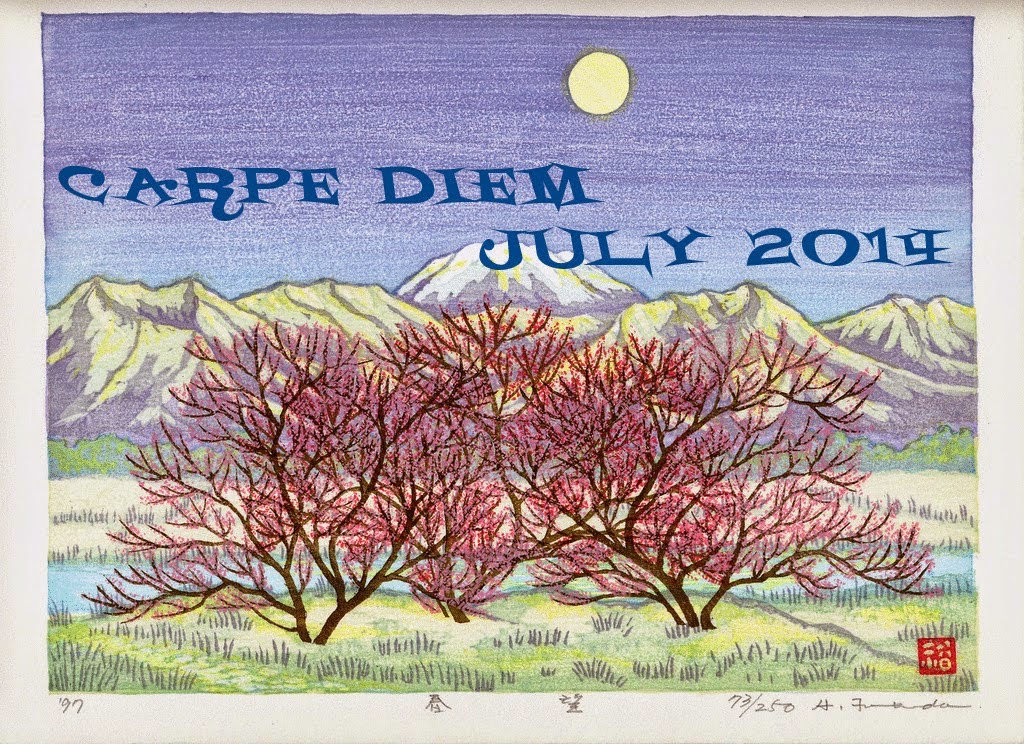 What a joy to prepare another episode of CDHK's month of the 'big five' haiku-poets. Today we have our third haiku by Chiyo-Ni and as you maybe know she wrote several haiku about Morning Glories. So in this episode I will share a few of those Morning Glory haiku by Chiyo-Ni starting with the most known of them I think.

morning glory!
the well bucket-entangled,
I ask for water
© Chiyo-Ni


﻿And here are two other Morning Glory haiku composed by Chiyo-Ni:

morning glories --
awakened
in the middle of a dream


morning glory -
the truth is
the flower hates people

© Chiyo-Ni
And here are two haiku which I wrote in an earlier post here at Carpe Diem Haiku Kai. The Morning Glory is a wonderful, beautiful flower, but it last only one morning and than it's flower are already decaying. So those flowers are really like a glorious sunrise.
I can understand why Chiyo-Ni wrote haiku about Morning Glories ... it's a very nice Zen-Buddhistic flower ... which stands for the transience of life as our life is too.
Morning Glories
have overgrown the wooden fence
I take the back one

one single Morning Glory
along the path of the cloister
for just one day
© Chèvrefeuille
And a last one just composed as I am preparing this episode about Chiyo-Ni's Morning Glory haiku.
in an eye blinck
Morning Glory opens her flowers
just for one day
© Chèvrefeuille
Well ... isn't it a beauty ... in that last one I hope that I have caught the essence of life and it's transience in a comparison with the Morning Glory. I loved preparing this episode about Chiyo-Ni and I hope it will inspire you to write haiku and share them with our haiku-family.
This episode is open for your submissions tonight at 7.00 PM (CET) and will remain open until July 16th at noon (CET). I will try to post our next episode, our third haiku by Buson, later on.
By Chèvrefeuille - July 13, 2014