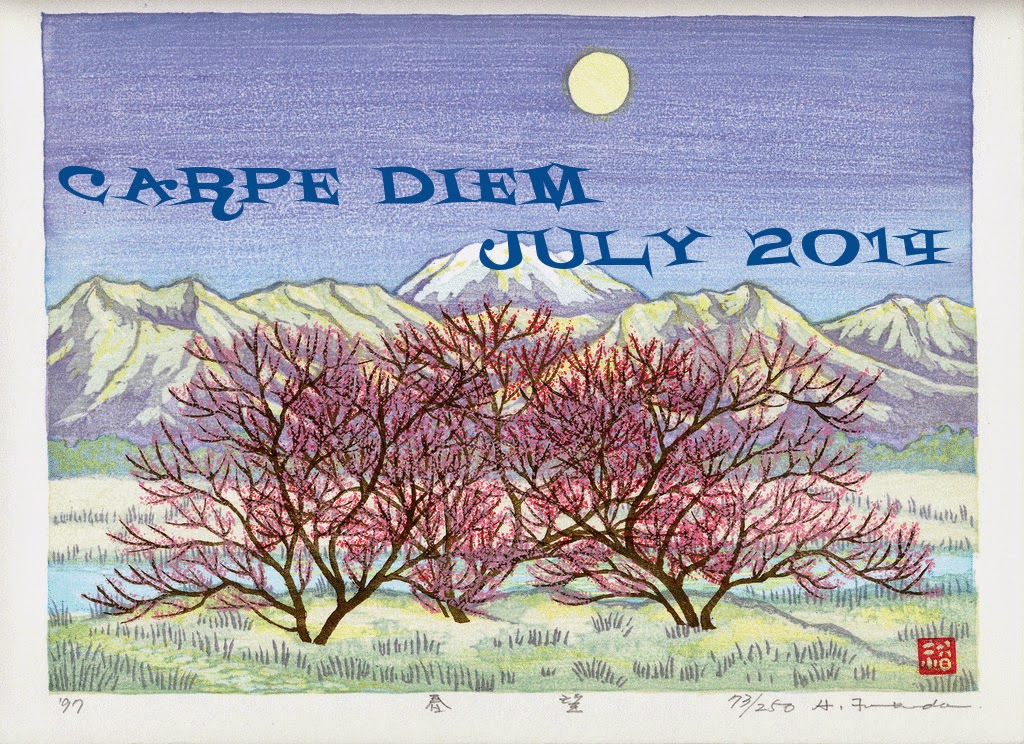 This month of CDHK is far beyond it's first half and I still have the idea that I have time and place to short to introduce all the wonderful haiku by our ''big-five'', Basho, Chiyo-Ni, Buson, Issa and Shiki. Of course I cannot share all of their haiku with you, but I wish I could, maybe I have to plan a second month of CDHK with all those wonderful haiku by the big-five for your inspiration. I will give it a thought, you never know ...

Today I love to share another haiku by Shiki (his third this month). It's a not so wellknown haiku, but I think it's a beauty and so Shiki. Here it is:

at the full moon's
rising, the silver-plumed
reeds tremble

This is a haiku of autumn by the way. How can I say that? Well ... moon is a kigo for autumn. The Japanese haiku-poets (and people) are saying that the moon of autumn is the most beautiful and maybe they are right. I think the moon is beautifull in every season so my thought for today was to share haiku about the moon ... one for every (classic) season. So here I go ....

in the pale light
of the full worm moon (*)
sheep sleep

(*) As the temperature begins to warm and the ground begins to thaw, earthworm casts appear, heralding the return of the robins. The more northern tribes knew this Moon as the Full Crow Moon, when the cawing of crows signaled the end of winter; or the Full Crust Moon, because the snow cover becomes crusted from thawing by day and freezing at night. The Full Sap Moon, marking the time of tapping maple trees, is another variation. To the settlers, it was also known as the Lenten Moon, and was considered to be the last full Moon of winter.

behind her veil
she, the full harvest moon (*), hides
her pretty face

(*) This full moon’s name is attributed to Native Americans because it marked when corn was supposed to be harvested. Most often, the September full moon is actually the Harvest Moon, which is the full Moon that occurs closest to the autumn equinox. In two years out of three, the Harvest Moon comes in September, but in some years it occurs in October. At the peak of harvest, farmers can work late into the night by the light of this Moon. Usually the full Moon rises an average of 50 minutes later each night, but for the few nights around the Harvest Moon, the Moon seems to rise at nearly the same time each night: just 25 to 30 minutes later across the U.S., and only 10 to 20 minutes later for much of Canada and Europe. Corn, pumpkins, squash, beans, and wild rice the chief Indian staples are now ready for gathering.

In my opinion on or hemisphere the moon is on her most beautiful in winter, but maybe you have other thoughts about that.

Well ... I think the moon is beautiful, in her own way, in every season. Which season-moon is your favorite?

This episode is open for your submissions tonight at 7.00 PM (CET) and will remain open until July 20th at noon (CET). I will try to post our next episode, the fourth haiku by Basho, later on. By the way, I have already prepared our prompt list for August. You can find it HERE.