Introducing a new feature. "A new feature again?" I can hear you almost say or think that, but I think it's time for something new as you also will see soon in the lay-out of our wonderful Haiku Kai. I have chosen a more modern look and I hope you all will like it.
Why this upcoming change? Well ... I took a week off for the very first time at CDHK, but that doesn't mean I wasn't busy with CDHK, however ... I did like this week off and I will do that every month from now on. Maybe you think "The end of CDHK is near", but that's not what this means. It gives me the opportunity to improve CDHK. CDHK was once, according to Jane Reichhold, the best website on haiku around the globe, and that's my dear CDHK-family members, my goal ... to stay "on top of the world" so to say. 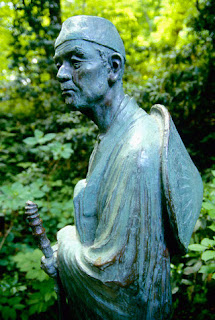 As you all know I see, Matsuo Basho, as my master and I just hope that I am worthy to be his apprentice.

Basho once said: "I tried to give up the way of fuga (poetry) and stop writing verses. But each time I did so, a poetic sentiment would tug at my heart and something would flicker in my mind. Such is, the magic spell of the life of poetry".

And that's my feeling right now. I am on a, say ..., crossroad but cannot decide which road I will take.
My dilemma is: "Do I go on with my poetry or do I leave the road of poetry. Do I go on with CDHK or will I stop and close the website. It's really a dilemma, because I love what I am creating with CDHK, but it takes a lot of my time. Creating CDHK takes from my personal time to create haiku. Back in the late eighties I discovered the beauty of haiku ... I was immediately caught by this beautiful small poem. During the years my haiku writing skills evolved to a certain quality and (how immodest) my haiku arose to the quality of Basho, but since I started CDHK it feels that I just create haiku commercially and that's for sure not how I saw haiku back in the late eighties.
Ofcourse sometimes I create haiku with quality like those by Basho, but it doesn't give me the pleasure anymore that I felt. This makes me sad, this is why I chose to take a week off. This week brought me a lot of insight. It gave me the insight that creating CDHK is my passion and I can't live without it. So I am back on track ... or like Basho I am under the magic spell of the life of poetry. 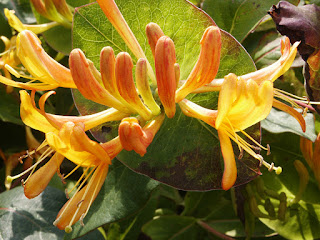 Back to the "root" of this episode "introducing a new feature".

A new feature at CDHK not easy to create, but I have found a new idea and I am trying to make it fit for our new modernised (soon the kay-out will change) CDHK.
Not so long ago I saw an episode of the TV-show "America's Next Top Model". In that episode the producers showed the public how photos are retouched to make the model look more beautiful and attractive. Something like "photo-shopping" I think or revising.
Photo-shopping sounds awfull but, I think it's possible to "photo-shop" haiku and tanka too. Just a little change can make the difference between a good haiku (or tanka) and an excellent haiku (or tanka).
I love to make photos, but I am not a photographer that likes color. I am more of the black and white and sepia photos, because in my opinion the photos are more beautiful ... more vintage. 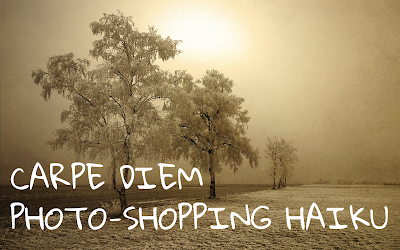 Maybe it's because of my age (56 yrs) or of my melancholic mind I don't know, but I do know that we can re-make "photo-shop" a haiku (or tanka) into a vintage one just by retouching of a small part. So this new feature, that I first titled "vintage haiku", I have "re-titled" into "photo-shopping haiku".

Let me give you an example:

autumn has come
visiting my ear on
a pillow of wind

As I start "photo-shopping" this haiku by my master, Matsuo Basho, than I think 'I can bring more softness, tranquility, into it by changing a small part of this haiku into:

whispering into my ear
on a pillow of wind

In this example I only let the first line un-touched:

I think this "small" re-touch makes this haiku more soft, lovely and tranquil. What do you think?

The first challenge for this new feature "Photo-shopping Haiku" is: "Photo-shop" the above haiku by Basho. Good Luck!

This weekend-meditation is open for your submissions next Sunday April 28th at 7:00 PM (CEST) and will remain open until May 5th at noon (CEST). Have a great weekend!