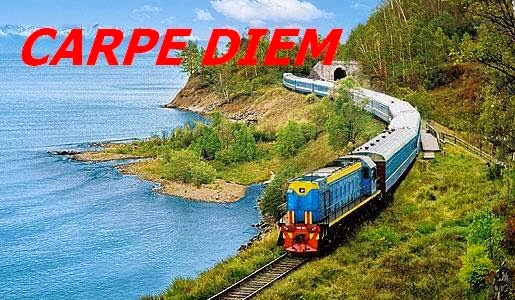 First my excuses for the late publishing of this last episode of January, but ... as you know I am in the nightshift and couldn't prepare it earlier.
Today we are closing our journey straight through the Soviet Union by Trans Siberian Railroad and with this last episode we enter our next part of the journey ... a pilgrimage along the 88 temples on the Isle of Shikoku.

I have published our new promptlist for February 2014 HERE. I think I have made a wonderful list of prompts and I think that you all will be surprised, because I have no Special featured haiku-poet upcoming month, but another Special feature ... I hope you all like that new one ..


Shikoku is one of the four main islands (Hokkaido, Honshu, Shikoku, and Kyushu) that make up Japan. The island is located between the Seto Inland Sea and the Pacific Ocean. There are four prefectures located there: Tokushima, Kagawa, Ehime, and Kochi. Tokushima has close political, economic, and cultural ties to the Kansai region of Honshu, which includes cities like Osaka and Kyoto. In recent years, three bridges spanning the Seto Inland Sea have created land routes between Honshu and Shikoku. One connects Kobe to the city of Naruto in Tokushima via Awaji Island on the Kobe-Awaji-Naruto Expressway (the Akashi Kaikyo Bridge). The second route connects Okayama Prefecture's Hayashima with the city of Sakaide in Kagawa via the Seto-Chuo Expressway (the six Seto-Ohashi Bridges; this route also features a rail line). The third connects Hiroshima's Onomichi with the city of Imabari in Ehime via the Nishi-Seto Expressway (the three Kurushima-Kaikyo Bridges; this route is also accessible on foot or by bicycle). With the construction of these routes, travel between Honshu and Shikoku via expressway and railway (Seto-Ohashi Bridge) has become more convenient than ever before.

The Pacific side of the island, which consists of the portion located to the south of Shikoku's mountain range that runs east to west, sees more than its share of rain, but the climate of the entire island is relatively warm.
There are plenty of wild and natural spots, scenic and historic places, and traditional festivals.
Naoshima, where nature and contemporary art coexist, Mt. Ishizuchi, one of the highest peaks in West Japan and a popular destination for hikers, the Naruto whirlpools, one of the largest whirlpools in the world, the thatched traditional house known as Chiiori which is located in the Iya valley, known as one of the three most remote places in Japan and the place where the defeated Heike warriors took refuge at the end of the 12th century, the Shimanto River which is called Japan's last clear stream where local people enjoy river recreation., Kompira Shrine which is home to the god of the sea, Dogo Hot Spring which is one of Japan's oldest hot springs with several thousand years of history, Awa Odori summer festival which attracts 1.3 million people annually, Kochi prefecture's summer Yosakoi festival which attracts 1 million people, Kochi's outdoor Sunday Market which is one of Japan's largest, and many many other attractions are what make up Shikoku. 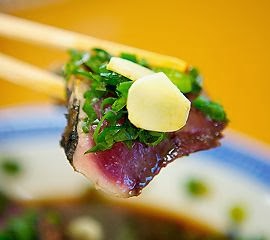 There are lots of unique traditional foods made with the abundant produce from land and sea. Sanuki udon is made with wheat noodles and a soup stock made from soy sauce and seafood. Tai meshi is made by cooking rice together with a whole sea bream. Tokushima ramen has a thick, rich broth made from pig and chicken bones. Katsuo no tataki is made by grilling the surface of raw bonito tuna and is served with a variety of strong-tasting accompaniments including slices of raw garlic, green onions, and ginger. Each region has its own unique local dishes, and the variety of tastes is a joy to explore

Well ... we have started almost with our new journey along the 88 temples on the Island Shikoku and I hope you all will enjoy this journey, this pilgrimage.
This episode is NOW OPEN for your submissions and will remain open until February 1st 11.59 AM (CET). I hope to have time to publish our first episode of our new journey on Shikoku later on today. For now ... have fun, be inspired and share your haiku, senryu, tanka or kyoka with us all here at Carpe Diem Haiku Kai.