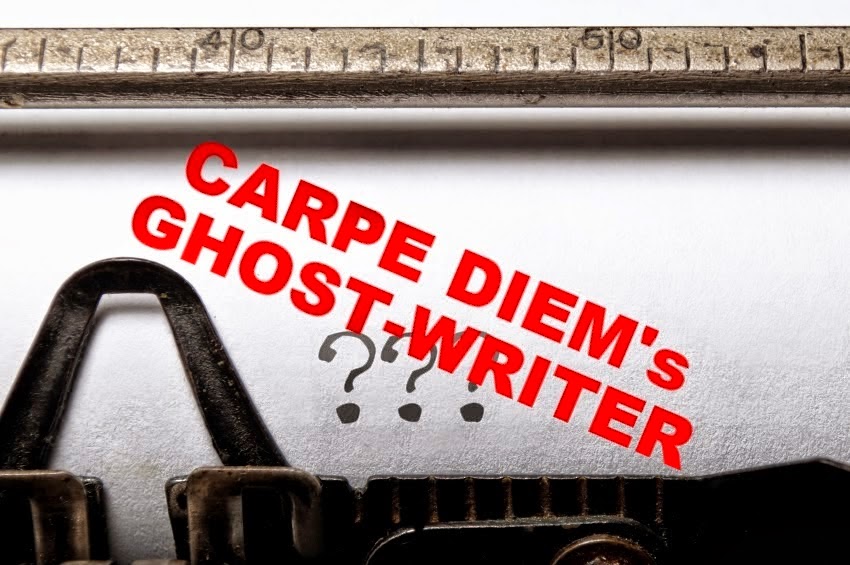 Here it is ... our second Carpe Diem Ghost-Writer week starting with the Ghost-Writer post by Jen of Blog it or lose it. She loves to introduce the Tanaga, a Philipine poetry form, to you all. I will include her post hereafter.
Today I will try to share another Japanese folktale, ''The Two Frogs'', with you. It"s todays prompt, frog, which is referring to that story. Here is that Japanese Folktale:

Once upon a time in the country of Japan there lived two frogs, one of whom made his home in a ditch near the town of Osaka, on the sea coast, while the other dwelt in a clear little stream which ran through the city of Kyoto. At such a great distance apart, they had never even heard of each other; but, funnily enough, the idea came into both their heads at once that they should like to see a little of the world, and the frog who lived at Kyoto wanted to visit Osaka, and the frog who lived at Osaka wished to go to Kyoto, where the great Mikado had his palace.
So one fine morning in the spring they both set out along the road that led from Kyoto to Osaka, one from one end and the other from the other. The journey was more tiring than they expected, for they did not know much about traveling, and halfway between the two towns there arose a mountain which had to be climbed. It took them a long time and a great many hops to reach the top, but there they were at last, and what was the surprise of each to see another frog before him!


They looked at each other for a moment without speaking, and then fell into conversation, explaining the cause of their meeting so far from their homes. It was delightful to find that they both felt the same wish--to learn a little more of their native country--and as there was no sort of hurry they stretched themselves out in a cool, damp place, and agreed that they would have a good rest before they parted to go their ways.
"What a pity we are not bigger," said the Osaka frog; "for then we could see both towns from here, and tell if it is worth our while going on."
"Oh, that is easily managed," returned the Kyoto frog. "We have only got to stand up on our hind legs, and hold onto each other, and then we can each look at the town he is traveling to."
This idea pleased the Osaka frog so much that he at once jumped up and put his front paws on the shoulder of his friend, who had risen also. There they both stood, stretching themselves as high as they could, and holding each other tightly, so that they might not fall down. The Kyoto frog turned his nose towards Osaka, and the Osaka frog turned his nose towards Kyoto; but the foolish things forgot that when they stood up their great eyes lay in the backs of their heads, and that though their noses might point to the places to which they wanted to go, their eyes beheld the places from which they had come.


"Dear me!" cried the Osaka frog, "Kyoto is exactly like Osaka. It is certainly not worth such a long journey. I shall go home!"
"If I had had any idea that Osaka was only a copy of Kyoto I should never have traveled all this way," exclaimed the frog from Kyoto, and as he spoke he took his hands from his friend's shoulders, and they both fell down on the grass. Then they took a polite farewell of each other, and set off for home again, and to the end of their lives they believed that Osaka and Kyoto, which are as different to look at as two towns can be, were as alike as two peas.


Jen interpreted this story with the following Tanaga:

amber eyes above the pond,
disc-like ears underwater —
just like frogs, we live longer
immersed but looking beyond

Today I’d like to introduce you to the Tanaga, an ancient Filipino poem. While several of the Tanaga’s features might feel strange to everyone in Carpe Diem Haiku Kai, I hope you will give the poem a chance. Why? Because the Tanaga has been dying out in its native language, Tagalog. Several cultural groups encourage Tanagas written in English in an attempt to reach new audiences and keep the form alive.
Some sources call the Tanaga a “Filipino Haiku”, but that isn’t quite accurate.  Like an English haiku, the Tanaga counts syllables.  Unlike the haiku, the pattern is four lines of 7 syllables each (7-7-7-7).
The biggest difference is that the Tanaga rhymes; it has a pattern of AABB.  In addition, ancient Tanagas were handed down through oral history and contain advice for living (1).

Here is an example of a Tanaga in archaic Tagalog (1):

Oh be resilient you Stake
should the waters be coming!
I shall cower as the moss
to you I shall be clinging."

I mentioned that Tanagas are reaching new audiences. As you might expect, new audiences bring changes. Today you will see Tanagas with titles and with new rhyming patterns (for example, AABB, ABAB, ABBA, AAAB, BAAA, and so on). Life advice (morals, ethics, proverbs) may or may not be present (1).
Why would I encourage a rhyming poem at Carpe Diem?  First of all, it is sad to think of a dying poetic form. Second, even though Tanagas and haiku are different, we can use our expanding “haiku toolboxes” to great effect.  (Thank you, Kristjaan, for your constant work in showing us new tools!)  We can use our skills in sharing those crisp ripple-of-water-in-the-pond moments – and add a bit of advice or a lesson at the end.

Here is a Tanaga I wrote to accompany a painting by Piet Mondrian.

The peaceful river reflects
green banks that the grass protects
and where trees their strength renew:
may I reflect green life, too!

A bit amateur, I will admit … but I think it’s a good start.
For this installment of Carpe Diem Haiku Kai, please use Kristjaan’s prompt, frog, as the inspiration for your Tanaga.

Well ... I hope you did like this first Ghost-Writer post of this week's Carpe Diem Ghost-Writer and that it will inspire you to write a haiku or maybe you will compose a Tanaga ... it's up to you now ... enjoy it and have fun.
This episode is open for your submissions tonight at 7.00 PM (CET) and will remain open until May 7th 11.59 AM (CET). I will try to post our new ghost-writer post later on today. That will be the post by Sky V of Stain and our planned prompt is mirror.