Yesterday we discovered the beauty of Joyce Lorenson's poetry and today we travel on straight through the European Union (EU) and today we will visit Luxembourg, officially the Grand Duchy of Luxembourg. Luxembourg is part of the Benelux and one of the co-founders of the EU (or also known as the Inner Six).
Luxembourg is a little country between Germany, Belgium and France. It's not a flat country as is e.g. my country, but there are flat places. Luxembourg has a lot of mountains, wonderful rivers, wonderful nature and so on. It's (in my opinion) the most beautiful country on Earth. As I see the breathtaking and overwhelming beauty of this small country than I am sold ... Let us discover Luxembourg.


Our Dutch Royal family of Orange has warm connections and relations with the Royal Family of Luxembourg. That warm bond is already shown in the flag of Luxembourg, its almost the same as the flag of The Netherlands, the only difference is the lighter blue stripe.

Luxembourg is one of the countries were the Dutch people love to go on a holiday even for just a few days, because Luxembourg is almost our neighbor.

Luxembourg has been overshadowed by the culture of its neighbors. It retains a number of folk traditions, having been for much of its history a profoundly rural country. There are several notable museums, located mostly in the capital. These include the National Museum of History and Art (NMHA), the Luxembourg City History Museum, and the new Grand Duke Jean Museum of Modern Art (Mudam). The National Museum of Military History (MNHM) in Diekirch is especially known for its representations of the Battle of the Bulge. The city of Luxembourg itself is on the UNESCO World Heritage List, on account of the historical importance of its fortifications. 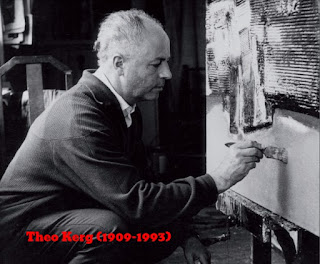 The country has produced some internationally-known artists, including the painters Théo Kerg, Joseph Kutter and Michel Majerus, and photographer Edward Steichen, whose The Family of Man exhibition has been placed on UNESCO's Memory of the World register, and is now permanently housed in Clervaux. Movie star Loretta Young was of Luxembourgian descent.

Luxembourg was the first city to be named European Capital of Culture twice. The first time was in 1995. In 2007, the European Capital of Culture was to be a cross-border area consisting of the Grand Duchy of Luxembourg, the Rheinland-Pfalz and Saarland in Germany, the Walloon Region and the German-speaking part of Belgium, and the Lorraine area in France. The event was an attempt to promote mobility and the exchange of ideas, crossing borders physically, psychologically, artistically and emotionally.

Luxembourg was represented at the World Expo 2010 in Shanghai, China, from 1 May to 31 October 2010 with its own pavilion. The pavilion was based on the transliteration of the word Luxembourg into Chinese, "Lu Sen Bao", which means "Forest and Fortress". It represented Luxembourg as the "Green Heart in Europe".

babbling brook
seeks its way through the forest
a skylark's song

between castles
forests seems greener than ever -
smiling Buddha

I have done some research on haiku in (about) Luxembourg and that wasn't easy. Luxembourg doesn't have a history of haiku ... I only found one poetess who has also written haiku. Her name is Anise Koltz (born 1928) and she is a renown author and poetess from Luxembourg.

Here are a few of the haiku which I could retrieve from the WWW:

in the garden, the wind
makes my late father's washed pants
move

*By the way I couldn't retrieve an email address to ask her permission, so I hope she doesn't mind that I use her haiku.