We are on a journey along the Silk Road, a renown trading route once established by the Han Dynasty. We have visited several beautiful places along the Northern Silk Road around the Taklamekan Desert, but what was traded along this ancient trade route? That's what we are reading about in this episode. 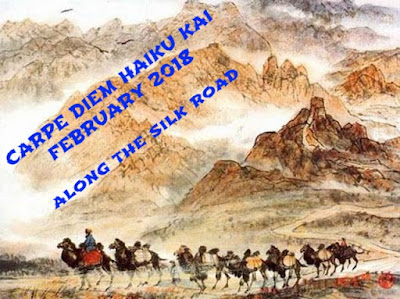 What was traded along the ancient Silk Road?

Besides silk, the Chinese also exported (sold) teas, salt, sugar, porcelain, and spices. Most of what was traded was expensive luxury goods. This was because it was a long trip and merchants didn't have a lot of room for goods. They imported, or bought, goods like cotton, ivory, wool, gold, and silver.

The goods carried on the Silk Road moved basically from the East to the West. Judging by the road’s name silk was the main commodity in the list. Thanks to its light weight, compactness, enormous demand and high price it was ideal for trade and long-distance transportation.

At the initial stage of the Silk Road development Chinese received expensive horses and the seeds of lucerne and grapes. The ancient world had cultivated grapevine and made wines from time immemorial. But for Chinese, separated from other civilizations, grapes were a novelty. Moreover, Chinese envoys were very surprised when they found that it was possible to make wine not only from rice but also from berries unknown to them. Later Chinese discovered for themselves other agricultural crops – string beans, onions, cucumbers, carrots, pomegranates, figs etc.

Various woolen goods, carpets, curtains, blankets and rugs, came to China from Central Asia and East Mediterranean. They made huge impression upon Chinese who were unfamiliar with methods wool and flax processing, carpet manufacture and weaving. Highly appreciated in Ancient China were Parthian tapestries and carpets.


Central Asia exported camels which were very appreciated in China, military equipment, gold and silver, semi-precious stones and glass items. Samarkand made glass was especially valued due to its high quality. It was considered as luxury goods. Other goods were skins, wool, cotton fabrics, gold embroidery, exotic fruits – water-melons, melons and peaches; fat-tailed sheep and hunting dogs, leopards and lions.

From China caravans carried the well-known Chinese china – snow-white vases, bowls, glasses, and dishes with graceful patterns. Only Chinese owned the secret of making the thinnest and resonant porcelain, therefore, it was very expensive in European markets. Bronze ornaments and other products from this metal, ornate bronze mirrors, umbrellas, products from the well-known Chinese varnish, medicines, and perfumery were also popular. Chinese paper, one of the most remarkable inventions of Chinese technical genius, was highly appreciated too. Gold, skins and many other things were exported as well. Merchants also carried tea and rice, woolen and flax fabrics, corals, amber and asbestos. The sacks of merchants were filled with ivory, rhino horns, turtle shells, spices, ceramic and iron items, glaze and cinnamon, ginger, bronze weapons and mirrors.


India was famous for its fabrics, spices and semi-precious stones, dyes, and ivory. Iran – for its silver products. Rome received spices, fragrances, jewels, ivory, and sugar and sent European pictures and luxury goods.

Slaves ... I hadn't thought about that "dark history" of  Europe, and they were sold along the Silk Road. That wonderful trading route that has to bring us inspiration this month has that dark side too and that brings me ... to another kind of Silk Road. That Silk Road you can find on the Dark Web or the Deep Web.

Maybe a (to) strong response on this episode, so I have ran through my archives to find a few other verses I created:

Hm ... I like this tanka, created impromptu, I couldn't find a nice verse in my archives.

This episode is NOW OPEN for your submissions and will remain open until February 19th at noon (CET). I will try to publish our new episode later on. For now ... have fun!