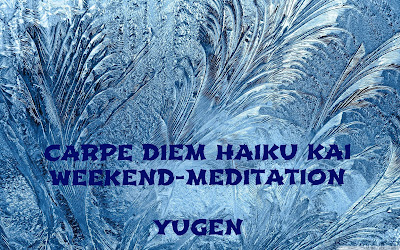 Welcome at a new Carpe Diem Weekend Meditation. For this weekend-meditation I have created a whole new feature ... Yūgen. And maybe you can remember yūgen from our 2nd series of Haiku Writing Techniques.
Yūgen is usually defined as "mystery" and "unknowable depth". Somehow yūgen has avoided the controversy of Wabi and Sabi. But since deciding which haiku exemplifies this quality is a judgmental decision, there is rarely consent over which verse has it and which does not. One could say a woman's face half-hidden behind a fan has yūgen. The same face half-covered with pink goo while getting a facial, however, does not. But still, haiku poets do use the atmosphere as defined by yūgen to make their words be a good haiku by forcing their readers to think and to delve into the everyday sacredness of common things.

Here is an example of a "yūgen-haiku" by Jane Reichhold:


a swinging gate
on both sides flowers
open - close

Yūgen may be, among generally recondite Japanese aesthetic ideas, the most ineffable. The term is first found in Chinese philosophical texts, where it has the meaning of “dark,” or “mysterious.” 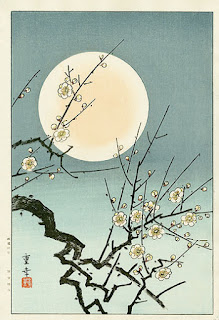 Kamo no Chōmei  offers the following as a characterization of yūgen: “It is like an autumn evening under a colorless expanse of silent sky. Somehow, as if for some reason that we should be able to recall, tears well uncontrollably.”

Another characterization helpfully mentions the importance of the imagination: “When looking at autumn mountains through mist, the view may be indistinct yet have great depth. Although few autumn leaves may be visible through the mist, the view is alluring. The limitless vista created in imagination far surpasses anything one can see more clearly”.


Yūgen does not, as has sometimes been supposed, have to do with some other world beyond this one, but rather with the depth of the world we live in, as experienced through cultivated imagination.


In "Basho, The Complete Haiku" Jane Reichhold gives us an example of a haiku by Basho in which he used yūgen and I love to share that haiku here with you all:

So ... yūgen as defined "mystery" and "unknowable depth" is not a well-known (or often used) haiku writing techniques, but in a way I am attracted to this technique. I think that in the most haiku shared here at Carpe Diem Haiku Kai we can find yūgen, but that's just my humble opinion.

I think we have to explore this, because I belief that haiku needs yūgen, needs "mystery" and "unknowable depth". So let us focus on that. 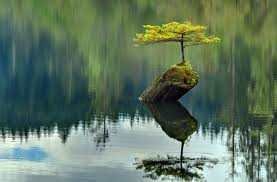 I have given it a try ... I just had to, because how could I expect it from you, as I didn’t tried it myself to catch "mystery" ... yūgen ... "unknowable depth" in a haiku? So here is my "yūgen-haiku" and a tanka examples from my archives:

empty bowl
thrown away in the sink
faint scent of tea

This weekend-meditation is open for your submissions next Sunday February 4th at 7:00 PM (CET) and will remain open until February 11th at noon (CET). Have fun! And ... have a great weekend.
By Chèvrefeuille - February 02, 2018