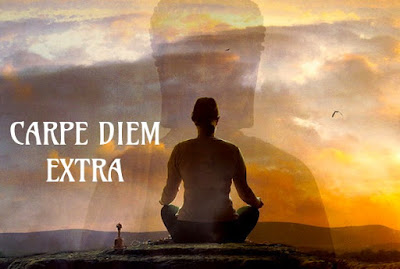 I noticed that responses on our regular prompts, the quotes from the Quran, are low. I Think I can explain that. I think that the choice for the Quran, a wonderful book full of wisdom, is not enough inspiration for you, because I think several of you aren't aware that the Quran is as beautiful as have said. And maybe the Quran, the Holy Book of Islam, isn't your choice to become inspired of. I have tried to bring to you the beauty of the Quran and I even tried to explain my ideas and thoughts that the Quran, without losing respect for the idea that It was given to Muhammed by God, is a wonderful account of a journey to find Inner Peace.

I enjoyed creating the episodes of the first half of this month, but I have decided to change the theme for this month of CDHK. I have chosen to change our focus to the beautiful poems written by Rumi, a great 13th century Persian poet and philosopher.

Jelaluddin Rumi, the 13th century mystic poet, was truly one of the most passionate and profound poets in history.  Now, today his presence still remains strong, due in part to how his words seem to drip of the divine, and startle a profound remembrance that links all back to the Soul-Essence.  Born in what is present day Afghanistan in 1207, he produced his master work the Masnawi which consists of over 60,000 poems before he died in 1273.  The best way to fully say in words his impact, is that he has the ability to describe the Indescribable, Ineffable-- God.

I have chosen by the way poems written by Rumi with a mystical sound in it, so in a way we will go on with the same feeling as we did with the quotes from the Quran. A few years ago I discovered the beauty of Rumi's poems through a little booklet I got as a present. I fell in love with his poetry. So this second half of our CDHK March month will be awesome too.

An example of one of the poems by Rumi ... an appetizer ... for the second part of this month.

Moving Water
When  you do things from your soul, you feel a river
moving in you, a joy.
When actions come from another section, the feeling
disappears.  Don't let
others lead you.  They may be blind or, worse, vultures.
Reach for the rope
of God.  And what is that?  Putting aside self-will.
Because of willfulness
people sit in jail, the trapped bird's wings are tied,
fish sizzle in the skillet.
The anger of police is willfulness.  You've seen a magistrate
inflict visible punishment.  Now
see the invisible.  If you could leave your selfishness, you
would see how you've
been torturing your soul.  We are born and live inside black water in a well.
How could we know what an open field of sunlight is? Don't
insist on going where
you think you want to go.  Ask the way to the spring.  Your
living pieces will form
a harmony.  There is a moving palace that floats in the air
with balconies and clear
water flowing through, infinity everywhere, yet contained
under a single tent.

I hope you all are okay with this change of theme in this month in which I had hoped to inspire you through the Quran. I think Rumi can be a wonderful source of inspiration for you all. I hope this will bring back the "fire" into CDHK.