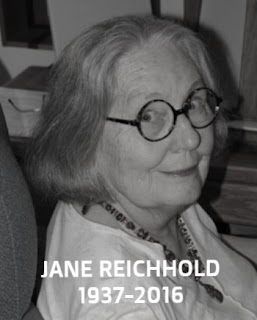 As you all know recently Jane Reichhold passed away. She will be missed. I have asked Jen (BlogItorLoseIt) to write a tribute for Jane Reichhold. Jen emailed me yesterday her tribute.

When Kristjaan asked if I would write about my bond with Jane, I immediately said I’d be honored. But to tell you the truth, I am woefully inadequate for the task.

For almost a year, Jane and I corresponded by email. It began when I asked her for recommended reading. If I wanted to explore the best tanka written by women, where would I start? A Girl with Tangled Hair (Akiko Yosano) was at the top of her list.

And Jane (whom I revered even then as “The Queen of Haiku and Tanka”) admitted something astonishing. An especially harsh book review wounded her so deeply that she stopped writing. Completely. For a very long time. When she did write again, she wrote on a child’s erasable slate. She wrote, she erased, she shared with no one.

Jane understood! She had been there!

From that moment on, our correspondence wasn’t mentor to student but woman to woman.

When my personal life began to disintegrate, she sent one of her handcrafted therapy dolls (named “Peanut”) in the hope that it would pull me out of a deepening depression. When an injury kept me housebound and wracked in pain, I was frustrated and furious. She asked me to be gentle with myself … but also said, “You are living my nightmare.” She hinted at health issues and failing eyesight but would not discuss them. For a year she was patient beyond measure … encouraging me to write again … she said people needed to hear my voice.

When a second creative source maneuvered me into silence, she sent her phone number and asked me to call. But ... how … could I call? I was so nervous! 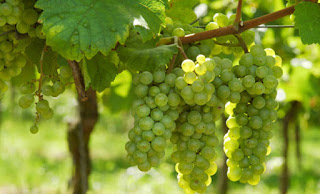 One day as I was ready to walk out the door a voice said, “Call. NOW.”
So I did.

We talked for about two hours. We laughed … a lot. We shared life stories and found more in common than I ever could have imagined. But she said, “the vortex” was opening under her feet. And she would not elaborate. Instead, she worried about my personal safety (a story for another day). She would not rest until I promised to leave town for a few days … so … I did.

At the end of our call she offered an intense ten minutes of advice … delivered in a soft but urgent voice that could have quieted a stadium.

Find what makes you happy. Don’t let anyone silence you. Speak your truth. Write. Write!

So … sitting in the dark on a beach in Delaware, I pieced together fragments of haiku.

Once home, I went online to email Jane. But of course I was sidetracked by Facebook … and there was a post by Jane! Or … rather … a post from Jane’s friend.

Jane, I wish you had saved all those erased haiku. I wish you could see that I’m writing again. I wish that someone could have eased your pain, saved your eyesight, ensured your mobility. All I can offer is a humble “thank you”. You changed everything.

milk sky
the unbearable heaviness
of things unspoken
before the sandpiper
calls to the sea
**
In addition to Jane’s tanka (above) here are a few haiku from her Dictionary of Haiku, under Summer Moods. Please use them for your inspiration, and don’t be afraid to speak your truth.

he's angry again
alone on the porch
with a red star

departing summer
and when it's gone
the river's low

touching myself
your name
on my lips 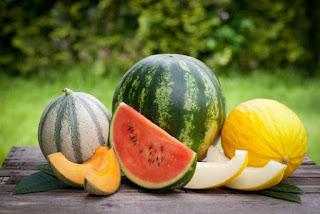 eating melon
bites given on the point
of his knife

nights
the grove of little trees
swollen with lovers

in rain in sun
how do you run from your hours
window box zinnia?

Thank you Jen for this beautiful tribute for Jane Reichhold, what a wonderful bond you had with her. She surely will be missed by the global haiku world.

You can respond on this tribute through the comment field or link your haiku, tanka or other Japanese poetry form to the linking widget. You can submit your responses until next Sunday August 21st at noon (CET).