Today I've visited  Jane Reichhold's Bare Bones School of Haiku trying to understand and therefore explain to you something about today's haiku by Basho:

Spending a lonely spring evening in a country cottage

bell at sunset
also was not heard
a spring evening

But before I talk about what Ms Reichhold has to say about the technique used by Basho in this haiku, I'd like to zoom in on the time and placing of the haiku.  Where was Basho and when? This is the year that he left Edo for his "Narrow Road to the Deep North". Edo was a former fishing village that had become very important under the rule of the Tokugawa shogunate in 1603.  After the Meiji restoration in 1868, during which the Tokugawa family lost its influence, the emperor and the imperial family moved there from Kyoto, and the city was re-named to its current name, Tokyo.

As we saw yesterday, Basho discovered that his spirits rose and his haiku changed direction once he began his travels.  In fact when he returned to Edo after his first journey where:  "He met several poets who called themselves his disciples and wanted his advice; he told them to disregard the contemporary Edo style and even his own 'Shrivelled Chestnuts', saying it contained "many verses that are not worth discussing.""

During his 1689 voyage he would develop his karumi style.

Now for the technique used here.  It is a variation of the "hidden author" technique whereby the haiku poet would speak of him/herself as "the old man" "the traveller" or something similar.  In this case however it's the subject that's absent; "the technique was to write about a subject that could not be sensed, but only imagined."  Basho was from Edo, where temple bells rang in the evening, now, on his voyage there are no bells. Here's another that came from the same period:

[bell not-ring/ village as for what do / spring’s evening]


Very interesting no?  So what should we be writing about ... something that doesn't take place ... which is of course only something that can be imagined. Yikes! 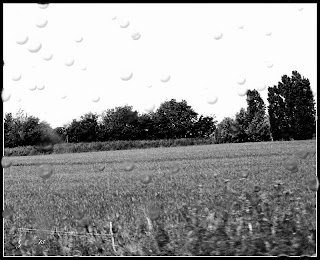 no poplar seeds
are falling like snow
under the rainfall

the cuckoo's call
unheard on the plains
on a spring morning


But then again, we may be inspired not by the technique but by our interpretation of the haiku's inner meaning for us, or a vision of a warm spring evening.  Whatever inspires you to compose a new haiku,  please leave your link below so that we may read it!  Ciao, Bastet


This episode is open for your submissions tonight at 7.00 PM (CET) and will remain open until May 19th at noon (CET).