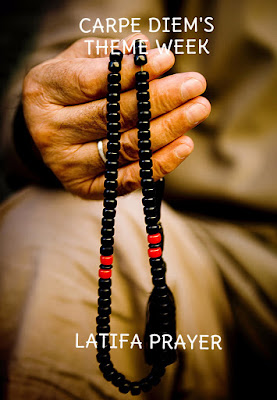 Welcome the fourth Carpe Diem Theme Week. This Theme Week we will explore / discover a very ancient Sufi prayer ... the Latifa Prayer. This prayer is used very often in the Bahai religion, the Islam and in the Sufi religion.
Not so long ago I discovered this powerful prayer as the base of a meditation, but also a source to come closer to your Self, Higher Self or subconsciousness. I think in this time it's important to look at different religions and philosophies and I think the Latifa Prayer is the right way to look at how the world is meant to be. 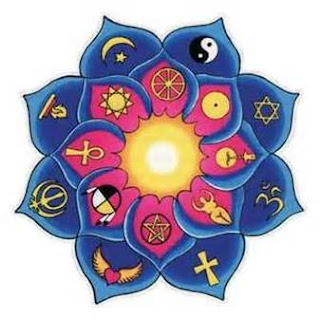 And for this introductory episode I love to tell you something more about the background of this wonderful Latifa Prayer.

Lataif-e-sitta (Persian: لطائف سته‎‎) or al-Laṭaʾif as-Sitta (Arabic: اللطائف الستة‎), meaning "The Six Subtleties", are psychospiritual "organs" or, sometimes, faculties of sensory and suprasensory perception in Sufi psychology, and are explained here according to the usage amongst certain Sufi groups (key terms in this article are taken from the Urdu, rather than the original Arabic). These six subtleties are thought to be parts of the self in a similar manner to the way glands and organs are part of the body. Drawing from the Qur'an, many Sufis distinguish Nafs, Qalb, Sirr, Ruh, Khafi, and Akhfa as the six laṭaʾif.

Similar concepts in other spiritual systems include the Dantian mentioned in traditional Chinese medicine, martial arts and meditation, the sephiroth of kabbalah and the chakras of Indian Tantra and Kundalini yoga.


Among Sufis spiritual development involves awakening centers of perception that lie dormant in every person. The help of a guide is considered necessary to help activate them in a certain order. Each center is associated with a particular color, a general area of the body, and often with a particular prophet. Activation of all these "centers" is part of the inner methodology of the Sufi way or "Work". Purification of the elementary passionate nature (tazkiyat an-nafs), cleansing the spiritual heart (tazkiyat al-qalb), becoming a receptacle of divine love (ishq), illumination of the spirit (tajjali ar-ruh), emptying egocentric drives (taqliyyat as-sirr) and remembering the divine attributes, often through repetition of the names of God, (dhikr) are a process by which the dervish is said to reach a certain type of "completion" in the opening of the last two faculties, khafi and akhfa.

And to conclude this first Theme Week episode I have the following haiku for you from my archives. This haiku was inspired on a beautiful piece of music by Karunesh.

This first episode of our fourth Carpe Diem Theme Week Latifa Prayer is NOW OPEN for your submissions and will remain open until May 19th at noon (CET) !! four days to respond !!

As you all know I will create an exclusive CDHK e-book after every Theme Week. If you are participating in this Theme Week you give me, your host, permission to use your work (of course fully credited as I always do).