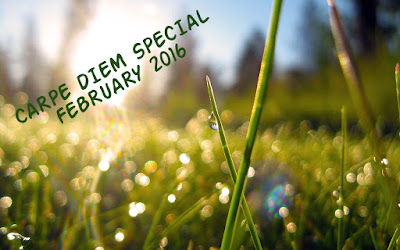 It's my pleasure to bring you an all new CD Special with haiku written by Hamish Managua Gunn, the winner of our "winter"- kukai. Hamish emailed me a series of haiku to choose from and the haiku which I love to share here did remind me at our "Narrow Road"-month last December and it brought a haiku in mind by Basho. This haiku is very known, because of a certain controversy in it.

The haiku by Basho is from his haibun "Narrow Road", so I will also share the prose around it here with you:


The voices of two young women whispering in the next room, however, came creeping into my ears. They were talking to an elderly man, and I gathered from their whispers that they were concubines from Niigata in the province of Echigo, and that the old man, having accompanied them on their way to the Ise Shrine, was going home the next day with their messages to their relatives and friends.


I sympathized with them, for as they said themselves among their whispers, their life was such that they had to drift along even as the white froth of waters that beat on the shore, and having been forced to find a new companion each night, they had to renew their pledge of love at every turn, thus proving each time the fatal sinfulness of their nature. I listened to their whispers till fatigue lulled me to sleep. When, on the following morning, I stepped into the road, I met these women again. They approached me and said with some tears in their eyes, 'We are forlorn travelers, complete strangers on this road. Will you be kind enough at least to let us follow you? If you are a priest as your black robe tells us, have mercy on us and help us to learn the great love of our Savior.' 'I am greatly touched by your words,' I said in reply after a moment's thought, 'but we have so many places to stop at on the way that we cannot help you. Go as other travelers go. If you have trust in the Savior, you will never lack His divine protection.' As I stepped away from them, however, my heart was filled with persisting pity.

in the same house
prostitutes, too, slept:
bush clover and moon


Hamish emailed me a few haiku in which the theme (or leading character) is a prostitute and his haiku are very nice and real beauties.

the prostitute
on the street corner
never looks at the stars

the lonely prostitute
makes dolls
for the street children

for a while
the prostitute blows bubbles
a little girl again

These haiku describe the prostitute in three very different scenes.

As I was preparing this episode I ran into another translation of the haiku by Basho ...

courtesan and monk,
sleeping  under one roof together,
moon in a field of clover

Here is another haiku created by me some time ago and maybe you know this one from our weekly haiku meme Haiku Shuukan.

Well .... enough inspiration I would say.

This CD-Special is NOW OPEN for your submissions and will remain open until February 11th at noon (CET). I will (try to) publish our next episode, a new Tokubetsudesu episode, later on. For now ... have fun!