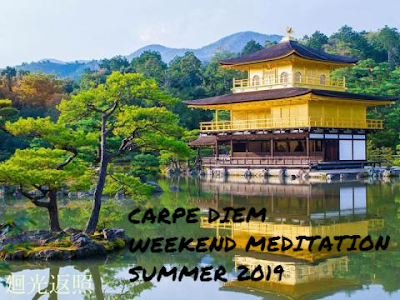 Welcome at a new weekend meditation here at our wonderful Haiku Kai. This weekend I have chosen for a new episode of our "Carpe Diem's Utopia" feature, in which I challenge you to create classical haiku or tanka with a modern theme. This weekend the theme to use is "transportation". Let me first reproduce the introduction to this feature here again.

A Utopia is an imagined community or society that possesses highly desirable or nearly perfect qualities for its citizens. The opposite of a utopia is a dystopia. One could also say that utopia is a perfect "place" that has been designed so there are no problems.

Utopia focuses on equality in economics, government and justice, though by no means exclusively, with the method and structure of proposed implementation varying based on ideology. According to Lyman Tower Sargent "there are socialist, capitalist, monarchical, democratic, anarchist, ecological, feminist, patriarchal, egalitarian, hierarchical, racist, left-wing, right-wing, reformist, Naturism/Nude Christians, free love, nuclear family, extended family, gay, lesbian and many more utopias [...] Utopianism, some argue, is essential for the improvement of the human condition. But if used wrongly, it becomes dangerous. Utopia has an inherent contradictory nature here." Sargent argues that utopia's nature is inherently contradictory, because societies are not homogenous and have desires which conflict and therefore cannot simultaneously be satisfied. If any two desires cannot be simultaneously satisfied, true utopia cannot be attained because in utopia all desires are satisfied. 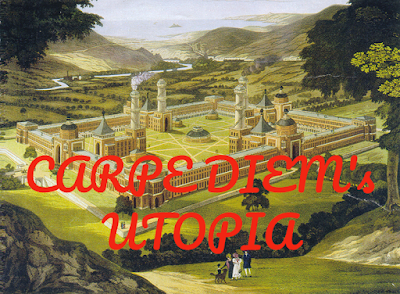 It's a dreamworld I think, but it can be of use for our haiku writing skills, because that's the task of this new feature ... creating a utopian (excellent) haiku (or tanka) by using the classical rules as you can find above in the CD Lecture 1.

A nice task from a modern view. The haiku or tanka have to have a modern theme, but has to follow the classical rules.

Here is an example of a "utopian" haiku on "transportation":

Not a very strong example, but I think you understand the goal.

This weekend meditation is open for your submissions next Sunday July 14th at 7:00 PM (CEST) and will remain open until July 21st at noon (CEST). Have a wonderful weekend full of utopian inspiration.