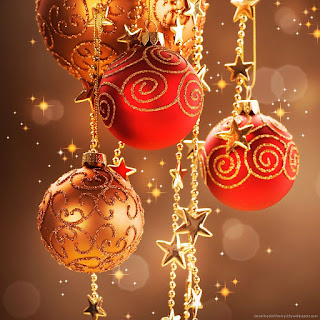 Welcome at a new (a little bit later than planned) episode of our wonderful Haiku Kai. As you all know this month it's all about the beauty of the novels by Paulo Coelho, but today ... well I have a nice surprise for you, say my Christmas present for you all ...

As I was preparing our special holidays e-book I ran into a wonderful Christmas tale written by Paulo Coelho. And for today's episode I love to share that Christmas tale with you all here at our Kai.

This Christmas tale by Paulo Coelho is based on a story written in 1903 by François Coppée and translated from the Portuguese by Margaret Jull Costa. (Source: www.beliefnet.com)

A long time ago, so many years ago that we can no longer remember the exact date, there lived in a village in the south of Brazil a little seven-year-old boy called José. He had lost his parents when he was very, very young and had been adopted by a miserly aunt who, even though she had lots of money, spent almost nothing on her nephew. José, having never known the meaning of love, assumed that this was simply the way life was and so it didn’t bother him at all.

They lived in an extremely affluent neighborhood, but the aunt persuaded the head teacher of the local school to take on her nephew for only a tenth of the normal tuition fee, threatening to complain to the Prefect if he declined her offer. The head teacher had no option but to agree; however, he instructed the teachers to take every opportunity to humiliate José in the hope that he would misbehave and give them a pretext for expelling him. José, having never known love, assumed that this was simply the way life was and so it didn’t bother him at all.

Christmas Eve arrived. The village priest was on holiday, and all the pupils had to go to Mass in a church some distance from the village. The girls and boys walked along, chatting about what they would find the next day beside the shoes they left out for Father Christmas: fashionable clothes, expensive toys, chocolates, skateboards, and bicycles. Since it was a special day, they were all well-dressed--all except José, who was wearing his usual ragged clothes and the same battered sandals several sizes too small (his aunt had given them to him when he was four, saying that he would only get a new pair when he was 10). Some of the children asked why he was so poor, and said they would be ashamed to have a friend who wore such clothes and shoes. Since José had never known love, their questions and comments didn’t bother him at all.

However, when they went into the church, and he heard the organ playing and saw the bright lights and the congregation in their Christmas finery, saw families gathered together and parents embracing their children, José felt he was the most wretched of creatures. After Communion, instead of walking back home with the others, he sat down on the steps of the church and began to cry. He may never have known love, but only at that moment did he understand what it was to be alone and helpless and abandoned by everyone.

Just then, he noticed another small boy beside him, barefoot and apparently as poor as he was. He had never seen the boy before and so assumed that he must have walked a long way to get there. He thought: “His feet must be really sore. I’ll give him one of my sandals. That will at least relieve half of his pain.” Although José had never known love, he knew about suffering and didn’t want others to experience it too.

He gave one of his sandals to the boy and returned home with the other one. He wore the sandal first on his right foot and then on his left, so that he didn’t bruise the soles of his feet too badly on the stones along the way. As soon as he reached home, his aunt noticed that he was wearing only one sandal and told him that if he didn’t find the other sandal the next day, he would be harshly punished.

José went to bed feeling very afraid because he knew what his aunt’s punishments were like. He lay all night trembling with fear, barely able to sleep at all, and then, just as he was about to drowse off, he heard voices in the front room. His aunt rushed in, demanding to know what was going on. Still groggy from lack of sleep, José joined their visitors and, in the middle of the front room, saw the sandal he had given to the little boy. Now, however, it was surrounded by all kinds of toys, bicycles, skateboards and clothes. The neighbors were shouting and screaming, declaring that their children had been robbed, because when they woke up, they had found nothing beside their shoes at all. 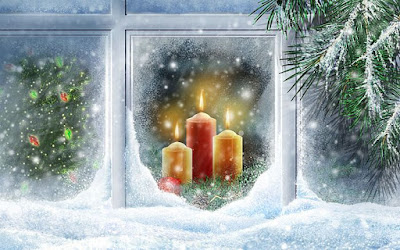 At this point, the priest from the church where they had celebrated Mass the previous day arrived all out of breath: On the steps of the church a statue of the Baby Jesus had appeared, clothed entirely in gold, but wearing only one sandal. Silence fell, everyone present praised God and his miracles, and the aunt wept and begged for forgiveness. And José’s heart was filled with the energy and the meaning of love.

silence
a new king is born
love came to the world

Isn't it a wonderful Christmas Tale? A lot to think about maybe. This Christmas Tale in my opinion is the true meaning of Christmas ... love and peace to you all and to the world.

This episode is NOW OPEN for your submissions and will remain open until December 31st at noon (CET). I will try to publish our new episode later on. For now ... have a wonderful Christmas!