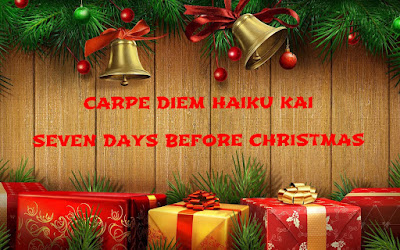 Welcome at the first episode of our traditional feature "Seven Days Before Christmas". As you maybe can remember I have done this several times here at CDHK and I am happy to bring this unique festive feature again this year.
"Seven Days Before Christmas" to inspire you, every day again a step closer to Christmas. To me Christmas starts on Christmas Eve (December 24th) so therefore I start this special feature today December 17th.

As the end of 2016 is coming closer it is time to look back, but also to look forward. 2016 Was an awesome year, but there were also a few sad moments. At first there was the discussion about publishing permission, that discussion brought me almost to the ground and I even thought to close Carpe Diem Haiku Kai forever, but I am so happy I didn't do that, because CDHK turned out to be an awesome family and the permission discussion made us stronger and more warmhearted towards each other.
Than there was the sad news that I had to tell you that my father had died and a few months later I had to tell you all that Jane Reichhold, one of our co-hosts, close friend and mentor, had died too. Her death brought us an all new special feature to honor her legacy "Universal Jane" and of course there was the CDHK special Tumblr to honor her 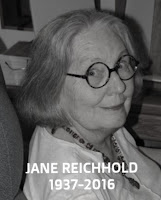 These things were the things I remembered first, but there were of course a lot of other things to celebrate. First there were our kukai, the Summer Retreat and lately the Winter Retreat. There was that wonderful month full of Tanka Splendor, what brought us also a new part of our CDHK Family Tanka Splendor

And of course we had our second Renga Party. There was really a lot to do here at CDHK and next to all the business here at CDHK there was the production of the exclusive CDHK books which brought us also beauty. I tried to create our own e-zine Souchou, I succeeded, but it takes to much of my time, so that's on hold for a while. 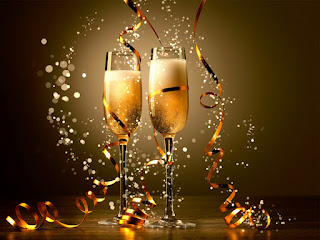 A New Dawn ... what will become of CDHK in the near future, what will we see and do here the next days, weeks and months. First we will celebrate New Years Eve with a small gift, and second I will create a special week around Jane's birthday January 18th. If she was still alive she would become 80, so a milestone we will and can celebrate here at CDHK were Jane's spirit is still wandering.
January 2017 will be a new dawn for sure I think. I will not be hosting CDHK the weekend of January 13th (7.00 PM) until January 16th (7.00 PM) I will take a weekend off. In week three (3) we will celebrate Jane's 80th birthday with a special week in which I love to challenge you all to create posts in honor of Jane and what she has meant for you. Of course I will challenge you also with haiku and tanka written by her.

A New Dawn ... other prompts maybe, other ways to fill the posts ... but of course without loosing the haiku, tanka and other Japanese poetry forms.

January2017 I hope to take you on a trip along the Road to Santiago de Compostela together with Paulo Coelho. You all know Paulo Coelho is one of my favorite authors and we will "re-walk" the pilgrimage to Santiago De Compostela. as we once did in 2014, but this time we will create haiku and tanka every day inspired on this pilgrimage.
Than I will re-do, or give a reprise, of the Tarot month back in 2013. I understand that several of you are interested in that mystical path the Tarot and I remember that the response than was great and of course I hope to see that response again.
March 2017 ... at this moment I don't have any idea for March, but don't worry it will come for sure it just takes some time.

A New Dawn ... we are on our way to Christmas in which we celebrate the return of the light to the world not only in Christianity, but also in Islam, Buddhism, Hinduism and more spiritual or religious ways Christmas is to celebrate the return of the light towards the world, to nature to us people.
Every year again we pray and hope that peace will be true one day, but I think peace is further away than ever since political changes all over the world bring back anxiety to speak for yourself, to say what and how you think about issues, anxiety among groups of people who are different, anxiety for a new Cold War and more.
I pray every day for peace and I hope there will be a day once, and I hope in the near future, that we can say "yes finally peace has found its way back to the world".

Let our peace wish inspire you to create haiku, tanka or another Japanese poetry form.

This first episode of this year's "Seven Days Before Christmas" is NOW OPEN for your submissions and will remain open until December 22nd at noon (CET).