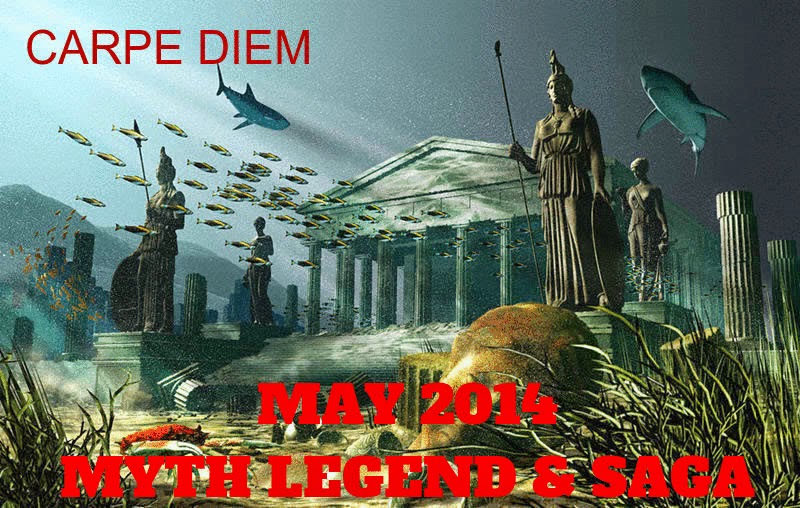 During this month of Carpe Diem we are discovering several myths, legends, saga and folktales all over the world. Two days ago we entered the realm of Native Americans and those stories were incredible. For this episode, pieces, we are visiting the Native American Mythology of Indians.

Pieces refers to the story of Chakekenapok which will follow hereafter, but first I will give you an update on our Ghost Writer feature.

As you maybe have read here at Carpe Diem Haiku Kai there are several ideas about this feature and with those ideas in mind I have re-created this Ghost Writer feature.

Ok enough about the Ghost Writer feature back to our post for today. Here is the story about Chakekenapok.

Somewhere along the line, when the Great Manitou was playing with ducks and sticks, and making a raft into a world-sized island, and creation was going at a cracking pace, some mother who had been a deity gave birth to four divine sons.

Chakekenapok was her last born son, as sadly his mother died at his birth. This was doubly unfortunate for him, as the oldest brother Manabozho blamed Chakekenapok for this disaster and declared himself the protector of humanity. Then another brother, Chibiabos, died and became protector of the dead.
Chakekenapok worked out how to make flints and fire and to take care of winter. However Manabozho would not leave him alone — they fought and knocked hell out of each other when and wherever they met.


With a piece of magic deer horn, Manabozho eventually managed to knock poor old Chakekenapok to pieces. Some became flint, his bones became the roots of mountains, and his squidgy insides turned into grapevines. So it wasn't all bad. The last brother Wabasso took over fire duties.
Chakekenapok became a part of the creation and even in this time we can enjoy his beauty in the mountains and the grapevines. (Source:www.godchecker.com)

A nice little story for your inspiration and I hope you did like it.

This episode will be open for your submissions tonight at 7.00 PM (CET) and will remain open until May 17th at noon. I will try to post our new episode, our 3rd haiku by Jack Kerouac, later on today. For now ... have fun, be inspired and share your inspired haiku with us all.