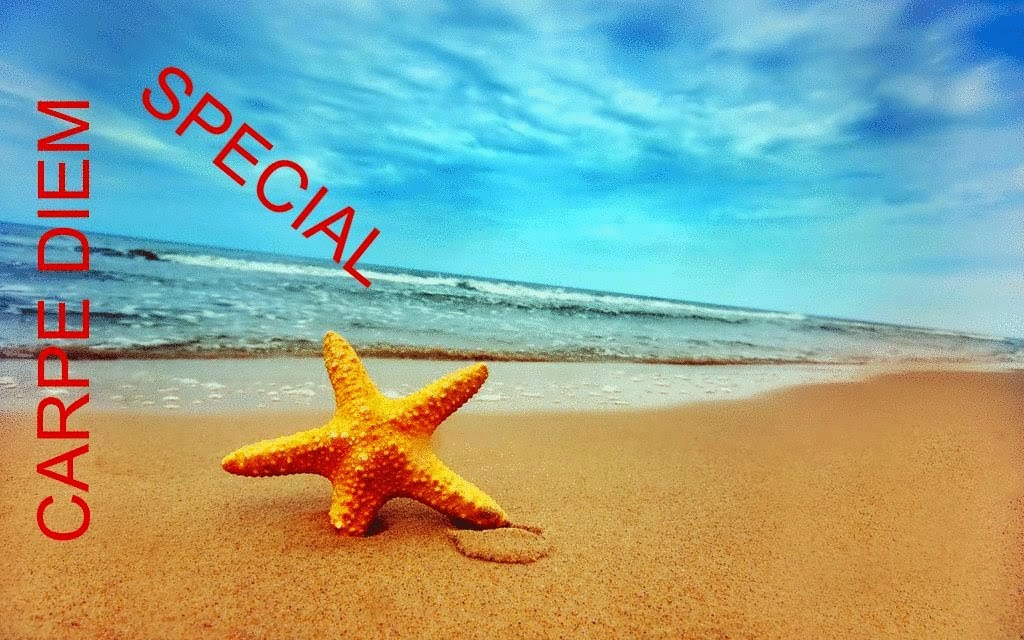 With this last CD Special episode of May I become a bit sad, but also I feel joy. Sad because this is the last haiku by Jack Kerouac we will read here, but a joy that I had the possibility to share Kerouac's wonderful "Beat-Generation" haiku with you all. I have read wonderful responses on his haiku in our other CD Specials of May and that makes me proud, proud to be your host and proud that I can see how you all are growing in your haiku-skills. Thank you all for being a member of this wonderful and loving haiku-family Carpe Diem Haiku Kai.

The goal for this CD Special is to write a haiku in the same sense, tone and spirit as the one by Jack Kerouac ... so let me go on with this last Kerouac episode.

What has this photo of a Rose-Window of a church to do with the haiku by Kerouac? We will see ...


Jack Kerouac said the following about haiku:
[…] “The "haiku" was invented and developed over hundreds of years in Japan to be a complete poem in seventeen syllables and to pack in a whole vision of life in three short lines. A "Western Haiku" need not concern itself with the seventeen syllables since Western languages cannot adapt themselves to the fluid syllabic Japanese. I propose that the "Western Haiku" simply say a lot in three short lines in any Western language. Above all, a Haiku must be very simple and free of all poetic trickery and make a little picture and yet be as airy and graceful as a Vivaldi Pastorella”. […]
Kerouac looked at haiku as a distilled form of poetry. The idea of presenting an entire image in just three lines appealed to him. It also helped him in his study of Buddhist teachings, which would become very important to him later in life. Here is the haiku by Kerouac for this last CD Special of May:

In the sun
the butterfly wings
Like a church window


I think what is interesting about this haiku is the wording of "butterfly wings". Kerouac does not give the butterfly possession of its wings; instead, they are just objects unto themselves, which I think works really well in this haiku for the comparison. Or, he could be talking about many different butterflies, flying all at once, their wings making the stained-glasslike appearance. Either way, the unique wording of "butterfly wings" sets this haiku apart. By objectifying the wings, I begin to wonder who those wings belong to, and therefore who should get credit for their beauty. The obvious answer is alluded to in the last line- God, in the reference to church windows. The butterfly did nothing to create those beautiful wings, the Creator did. Normally, I do not like poetry or haiku with church or religious reference, for personal reasons, but I like this haiku despite that for two reasons. First, I can appreciate the beauty and artistry of "church" windows merely for their artistic value, not religious. And second, understanding that Kerouac let Buddhist teachings influence his religion, I can see that this haiku might have been symbolic of his two faiths coming together. The nature image (Buddhism) compared with the church image (Catholic) shows how one can influence the other, and vice versa. This poem seems like a way for Kerouac to begin to meld his two religions together. He was a fervent Catholic, despite his lifestyle, though he later tempered his Catholicism with Buddhism. Though simple on the surface, this haiku has a lot going on with it, and is most definitely a true haiku, when compared to Kerouac’s definition. (Source: Klein On Kerouac)

I ran into the above piece of text and I just had to use it, because it describes Kerouac's haiku in an awesome way. Kerouac is one of the best modern haiku-poets ...

This CD-Special episode is open for your submissions tonight at 7.00 PM (CET), I know I am a bit early with posting, but I am in the nightshift. This episode will remain open until May 30th at noon. And I will try to post our next episode, greed, later on today (if possible). With this new episode we are entering the last days of our journey along worldwide legends, myths, saga and folktales. By the way in these last days we will discover Mongolian Mythology.
!! I have published our prompt-list for our next month of Carpe Diem Haiku Kai. You can find that prompt-list above in the menu or HERE !!