A new episode is starting ... and it is a joy to read in the notes of Hamish that he refers to one of the Haiku Writing Techniques which I dare to create myself, baransu (or balance in your haiku). I hope this episode of today will bring baransu again to your attention. Let me give a short explanation of this Haiku Writing Technique.

"snowflakes fall", on which "image" I can associate? This can be on "snow", "snowflakes", "white" (because of the color of snow) or on "fall", this can be "autumn" of on "falling". Let me give it a thought. I will use "white". The second line can be "a white blanket covers the earth". A nice second line I would say.
Okay let me take a look at the possibilities to associate on for the third line: "white", "blanket", "covers" (maybe the cover of a magazine?) or "earth", earth in winter is mostly dark or black or deep brown. Let me give these ideas a thought. Maybe I will go for the idea of the cover of a magazine. Than that third line would be something like "Christmas edition". 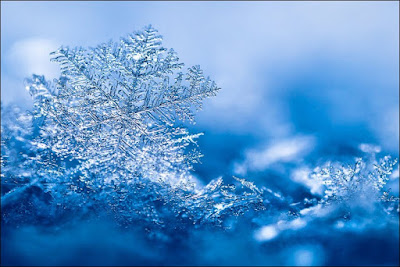 This is the "way" to a "baransu"-haiku. I will bring the three lines together now:

Not a very strong example of this "baransu" haiku writing technique, but it has brought me a nice haiku I think.


Like many senses, the sense of balance or equilibrioception has both mental and physical sides. Physically, the act of keeping balance is both a subconscious as well as conscious sense, and it is therefore one of our physiological  senses. The ability to always maintain balance is part of the function of our ears, though we keep balance visually, and astronauts have problems with sense of balance when returning to earth and excess motion, for example on a merry go round can result in loss of balance, as well as vertigo, and indeed too much alcohol.
The broken escalator phenomenon, also known as the Walker Effect, is the sensation of losing balance or dizziness reported by some people when stepping onto an escalator which is not working. It is said that there is a brief, odd sensation of imbalance, despite full awareness that the escalator is not going to move. It has been shown that this effect causes people to step inappropriately fast onto a moving platform that is no longer moving, even when this is obvious to the participant.
Some animals have better equilibrioception than humans, for example a cat uses its inner ear and tail to walk on a thin fence. Equilibrioception in many marine animals is done with an entirely different organ, the statocyst, which detects the position of tiny calcareous stones to determine which way is "up."
Plants could be said to exhibit a form of equilibrioception, in that when rotated from their normal attitude the stems grow in the direction that is upward (away from gravity) while their roots grow downward (in the direction of gravity) this phenomenon is known as Gravitropism and it has been shown that for instance Poplar stems can detect reorientation and inclination.
Here on Carpe Diem Haiku we previously explored the notion of 'balance' ( or baransu) as a haiku technique. Let's bring that technique back for your haiku today. Let's see how you show that sense of balance in your haiku, using techniques previously learnt.

Balance ... it has not only to do with movement, but I think it also has to do with "inner balance". You have to be "in balance" mentally to stay focused on the things you have to do in your life. As I look at myself than I need "inner-balance" to do my work as an oncology nurse. I have very ill patients who need my care and attention and my love, so I can only give that to them if I am in balance myself.
To stay in balance myself I use to write. First novels and later I wrote more and more haiku to keep myself in balance. In my poetry I can find that balance through the scenes in my haiku, but also through being your host here at Carpe Diem Haiku Kai. I wonder ... what if I had not the opportunity to write or being your host? Than I think I would be less successfull in my job as an oncology nurse.

A nice haiku in which I see "balance" in the strenght of the Sunflowers reaching to the blue sky. As I "analyze" this than I associated on "light of dawn" to come to "sunflowers". And on "blue sky" to come to "Creator" in the third line. A nice "baransu"-haiku I would say.

This episode is open for your submissions tonight at 7.00 PM (CET) and will remain open until February 7th at noon (CET). I will try to publish our new episode, movement, later on. For now ... have fun!