A belated post today, because I am on the nightshift. We are still on our way to Santiago De Compostela following in the footsteps of the ancient pilgrims, but also in the footsteps of Paulo Coelho. Paulo is one of my favorite authors, because of his spiritual novels. While we are on our way to Santiago we are reading one of his best novels "The Pilgrimage".

Today I love to speak about intuition. What is intuition? Intuition is: an immediate cognition of an object not inferred or determined by a previous cognition of the same object;  any object or truth so discerned; pure, untaught, no inferential knowledge.
Every one of us has in a way a kind of intuition. For example: you have only need for a few words to understand what your loved one means. Sometimes intuition gives you the feeling that you know that unknown person you encounter. Intuition can be learned.

In "The Pilgrimage" Paulo learns a beautiful exercise named "the water exercise'. I will tell you a little bit more about this exercise later on, but first I love to tell you what happened berfore Paulo learned that exercise.

Petrus, Paulo's guide, says:
[...] "Call up your intuition again, your secret side. Don’t be concerned about logic, because water is a fluid element, and it does not allow itself to be controlled easily. But water, little by little and in a nonviolent way, is going to build a new relationship between you and the universe." [...] And than he teaches Paulo the "water exercise":


The Arousal of Intuition (The Water Exercise):
Make a puddle of water on a smooth, nonabsorbent surface. Look into the puddle for a while. Then, begin to play with it, without any particular commitment or objective. Make designs that mean absolutely nothing. Do this exercise for a week, allowing at least ten minutes each time. Don’t look for practical results from this exercise; it is simply calling up your intuition, little by little. When this intuition begins to manifest itself at other times of the day, always trust in it.


Paulo himself tells us what he experienced while doing this exercise. It is really a wonderful experience he describes and for sure worth to try yourself. 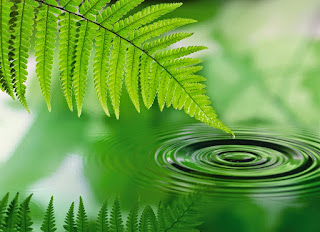 [...] I emptied the remaining water onto the cement and a small puddle formed. I did not have any image or shape in mind, and I wasn’t seeking one. I swirled my fingers through the cold water, and I experienced the same kind of hypnosis that one feels when staring into the flames of a fire. I thought about nothing; I was just playing – playing with a puddle of water. I made some streaks at the edge of the puddle, and it seemed to become a wet sun; but the streaks quickly rejoined the puddle and disappeared. With the palm of my hand, I batted at the center of the puddle; the water splashed away, covering the cement with droplets, black stars on a gray background. I was completely lost in that absurd exercise, an exercise that had not the slightest purpose but was delightful to do. I felt that my mind had stopped working almost completely, a feeling I had previously achieved only after long periods of meditation and relaxation. At the same time, something told me that down deep, in places that my mind could not reach, a force was being born and becoming ready to manifest itself. That puddle of water established a contact – however fragile – with the Milky Way above me. It reflected the stars, created designs I could not understand, and gave me the feeling not that I was wasting time but that I was creating a new code for communicating with the world. It was the soul’s secret code – the language that we know but so seldom hear. [...] (Source: The Pilgrimage by Paulo Coelho)
This episode is NOW OPEN for yur submissions and will remain open until January 26th at noon (CET).