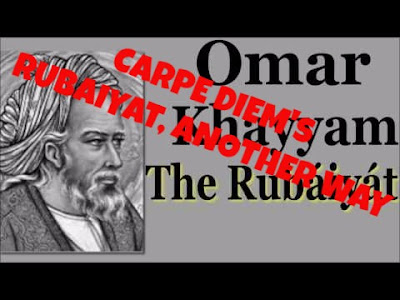 Today is another day in a wonderful world in which poetry is the leading character. A few minutes ago I stood almost naked in the freezing cold of a late autumn night. We had our first period of frost here in The Netherlands and this morning it was awesome. The sunrise was awesome and blue sky steel like. It was a great morning. And now this same feeling I had as I stood outside my house in the backyard watching the dark blue starry night. It was almost magical, but also a little bit sad, because the amount of city-lights takes away that wonderful sight of a starry night. Sometimes, mostly in this time of year (inbetween two seasons) I climb on my bike and cycle into the surrounding areas of my hometown. Just to see the stars, it is such an awesome sight to see the stars and the Milky Way, without the pollution of city-light. I am in a bit of melancholical mood I think, but I need that sometimes. Just meditate and contemplate about the things that matter ... and to find a little bit peace of mind after a very busy day at work.

Today I have the first of two quatrains by Omar Khayyam from "The Rubaiyat" which (in my opinion) cannot be seen apart, but maybe you think otherwise. The title of this episode I have extracted from the quatrain I use today. It's a beauty I think. Of course I will give you some background too (with a little bit help of wikipedia and bob forrest).


Here is the quatrain for today:

I sometimes think that never blows so red
The Rose as where some buried Caesar bled;
That every Hyacinth the Garden wears
Dropt in its Lap from some once lovely Head.

A poetic notion that the redness of a Rose is derived from the blood of some slaughtered King (Caesar) who died on the spot where it grows; that every Hyacinth marks the spot where some Beauty died. FitzGerald gives an interesting note on this in his 3rd and 4th editions of "The Rubaiyat":

[...] “Apropos of Omar's Red Roses...I am reminded of an old English Superstition, that our Anemone Pulsatilla, or purple ‘Pasque Flower’ (which grows plentifully about the Fleam Dyke, near Cambridge), grows only where Danish Blood has been spilt.” [...]

In Christian lore, Albertus Magnus wrote of “the rose made red by the blood of Christ in his Passion."  Likewise, St Louis de Montfort, in his devotional book The Secret of the Rosary, talks of the Rose made Red “because the Precious Blood of Our Lord has fallen upon it” (and of its thorns, which prick us to give us “pangs of conscience…in order to cure the illness of sin and to save our souls”!)


Again, the association of the colour red with blood led to the red rose becoming a symbol of martyrdom, the white rose, in contrast becoming a symbol of purity.
Both blood and fire enter into two different folktales of how the robin got its red breast, as Christina Hole tells us:

“The robin and the wren are both connected with fire, and an old legend tells how the wren braved the dangers of Hell to bring fire to mankind. He returned in flames, and the robin wrapped himself around the burning bird and so scorched himself that his breast has remained red ever since. Another story says the robin got his crimson breast by trying to draw a thorn from the Crown of Thorns; a drop of Our Lord’s blood fell on him and dyed his breast feathers for ever.”

In this explanation I also find a kind of reference to Shiki (1867-1902). Shiki suffered from tuberculosis (TB) much of his life. In 1888 or 1889 he began coughing up blood and soon he adopted the pen-name Shiki from the Japanese hototogisu, which is a word usually translated as cuckoo. It is a Japanese conceit that this bird coughs blood as it sings, which explains why the name "Shiki" was adopted.

How to catch this in a haiku or tanka? It was really an ordeal to come up with my response, but I have given it a try:

This episode is NOW OPEN for your submissions and will remain open until November 14th at noon (CET). I will try to publish our new episode, the follow up of this quatrain, later on.