Maybe you remember our exclusive cooperation with the FB-page My Haiku Pond Academy in which I challenged the visitors of that FB-page to create a Troiku. I was also the Judge and short before Christmas I congratulated Celestine Nudanu (Reading Pleasure) with her winning Troiku.

The Troiku Contest was to create a Troiku based on a beautiful haiku by Jane Reichhold (1937-2016):

There were a lot of contestants and I have read really wonderful Troiku, but the Troiku by Celestine was really a beauty with a small reference to a haiku by Matsuo Basho (1644-1694) which I will give here also:

Here is the winning troiku created by Celestine Nudanu (incl. the "base"-haiku by Jane Reichhold):

golden shade
where my pillow rests
a slice of sunlight

under the redwoods
a worm burrows deeper
into itself

evergreen violets
a butterfly seeks rest
on the gravestone

And these are the comments given by the judges (Michael Smeer and myself):

An amazing Troiku. Wonderfully crafted with love and honor for Jane Reichhold. Nice to read in the 2nd haiku an allusion to Basho's following haiku:

midair waltz
first snowflakes and the leaves
frozen in time 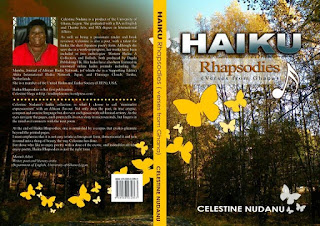 In 2016 Celestine published her first anthology "Haiku Rhapsodies" written under, as a first idea, her pseudonym "Afua Peprah", but later on she decided to use her own name. It has become a wonderful and successful anthology. In the weeks before publishing I had the opportunity to read her concept (and later the final print) and I was in awe. Celestine writes really wonderful. A few examples:
bursting through the mist
silver rays kiss the leaves
ah, the dew, the dew
cockcrow
the stirring of leaves
heralding a new day


Back in 2016 she has  asked me to write a review. I was honored, because I am just a guy who happens to have a haiku weblog to promote haiku as an art form. I will give you a highlight of my review:


[...] "With "Haiku Rhapsodies", Celestine has delivered a wonderful book full of gems. A few years ago I met Celestine online at Carpe Diem Haiku Kai, my daily haiku meme. Than she was just a novice in haiku. During the years she improved her haiku writing skills and I have seen her grow ... and now ... with this haiku anthology she dives into the 'big world'.


With this anthology she has reached a milestone ... I am glad and a bit proud that she has made this anthology after several years of publishing and sharing her beautiful haiku at Carpe Diem Haiku Kai. 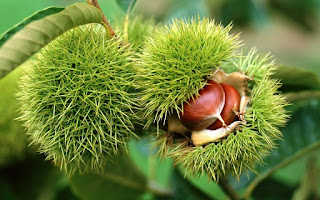 Celestine is a very talented woman which is shown in her "Haiku Rhapsodies" shows this very well.

This extra special episode is NOW OPEN for your submissions and will remain open until January 30th at noon (CET). Have fun ...!