Valentine's day, a day to send cards to secret lovers or give gifts to the one you love. But ... who was Valentine? I did some research on Valentine.

Saint Valentine's Day, commonly shortened to Valentine's Day, is a holiday observed on February
14 honoring one or more early Christian martyrs named Saint Valentine. It was first established by Pope Gelasius I in 496 AD, and was later deleted from the General Roman Calendar of saints in 1969 by Pope Paul VI.
The day first became associated with romantic love in the circle of Geoffrey Chaucer in the High Middle Ages, when the tradition of courtly love flourished. By the 15th century, it had evolved into an occasion in which lovers expressed their love for each other by presenting flowers, offering confectionery, and sending greeting cards (known as "valentines"). 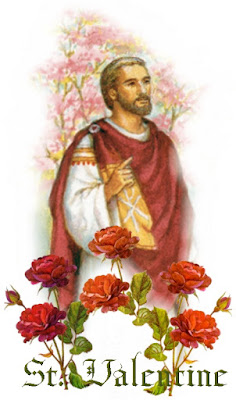 Saint Valentine (in Latin, Valentinus) is the name of several (14 in all ) martyred saints of ancient Rome. The name "Valentine", derived from valens(worthy, strong, powerful), was popular in Late Antiquity. Of the Saint Valentine whose feast is on February 14, nothing is known except his name and that he was buried on the Via Flaminia north of Rome on February 14, he was born on April 16. It is even uncertain whether the feast of that day celebrates only one saint or more saints of the same name. For this reason this liturgical commemoration was not kept in the Catholic calendar of saints for universal liturgical veneration as revised in 1969. But "Martyr Valentinus the Presbyter and those with him at Rome" remains in the list of saints proposed for veneration by all Catholics

behind the clouds
the mysterious moon
'be my Valentine' 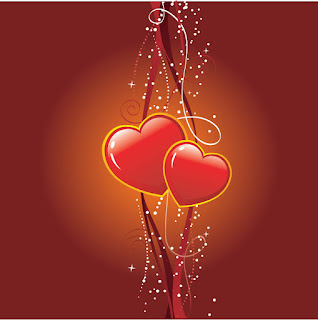 newly weds
under the blooming cherries
Ah! how lovely

Well ... I hope you all will have a secret lover that sends you flowers or cards on Valentine's Day.

This episode is NOW OPEN for your submissions and will remain open until February 20th at noon (CET). Have fun!