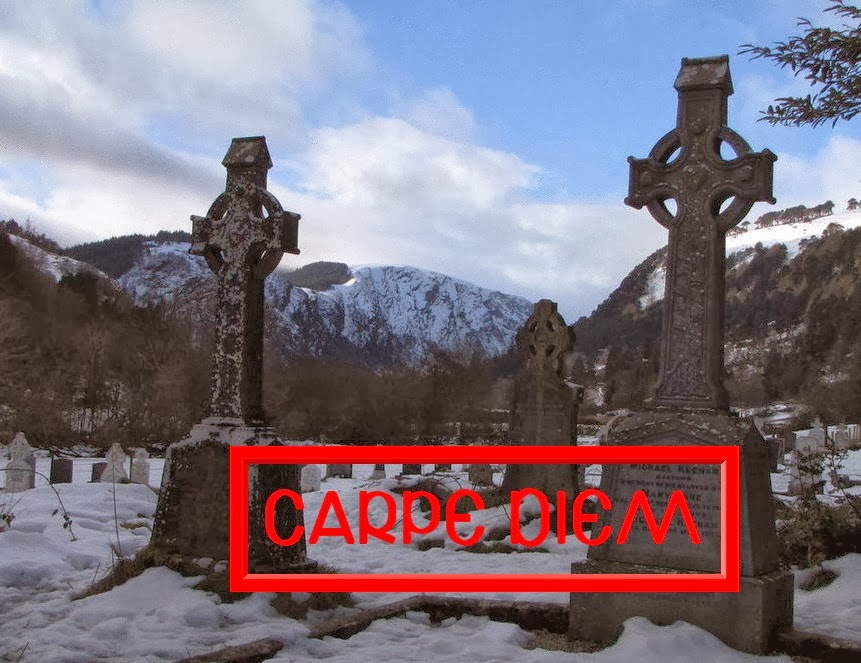 Welcome at our first episode of Carpe Diem's new month of daily haiku writing. This month all the prompts are (as we did earlier this year with the music of Karunesh) music-pieces for your inspiration. Let me tell you first why I have chosen the Celtic Crosses in the Snow for our December Carpe Diem logo.
First this month in the Northern part of the world it will become winter, the snow. And second ... the music for this month is mostly based on Celtic Culture. Our featured musician, a young promising one, Adrian von Ziegler is a Swiss musician born on the 25th December 1989. He composes various styles of mostly gothic and celtic music His group of fans is called "The Pack'' as in wolf pack and I am proud to be part of his pack. He composed a wonderful piece of music especially for his fans and that composition will be coming along also this month.

I 'ran into' his music as I was searching for new musical videos for Carpe Diem. I hadn''t heard of him, but I was immediately a fan of his music so I asked him permission to use his music and he, thank God, gave me that permission on September 12th. So I had time to prepare the promptlist and discover his music during the months before December.

Adrian has composed (in my opinion) wonderful music ... and I think you all will like it as much as I do. So ... let us start with our first music-piece composed by him for this month. To start this new month of Carpe Diem I have chosen his 'world-music'- piece Kanpai!. He was inspired by all the Japanese Festivals and composed this piece of music with that in his mind.
The video shows us Japanese Festival Lanterns. Here it is:


What do you think of this music? I liked it a lot, but ... well I am a big fan of his music of course (smiles). It inspired me to write the next haiku.

Taiko drummers
in the midst of the night
chasing ghosts 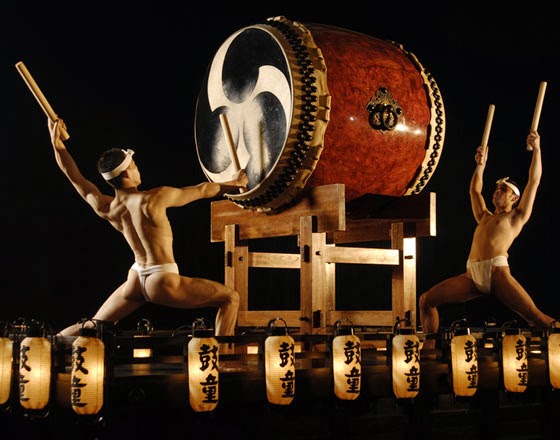 Well ... I hope you all liked this episode ... our new Carpe Diem month has started with a drum-roll and I hope to read wonderful haiku inspired on the music-videos by Adrian von Ziegler. Have fun, be inspired and share your haiku, inspired on the music, with us all here at Carpe Diem Haiku Kai.
This episode will stay on until December 2th 11.59 AM (CET) and I will post our new episode, Qi (or Chi), later on today around 7.00 PM (CET). !! This first episode of Carpe Diem December is open for your submissions at 7.00 PM (CET) today (11/30) !!