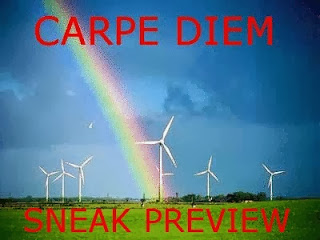 I love to give you all a Sneak Preview into the first quarter of our new year 2014 ... soon to come. Next December I will introduce to you a young talented musician which will provide us with his musical prompts (as we did earlier this year with the music by Karunesh). Adrian Von Ziegler is a great artist and I like his music a lot, but that's enough ... let us take a look at our prompt-list-ideas for the first quarter of 2014.

In the first two months we will undertake a pilgrimage, a once in a lifetime Buddhistic pilgrimage. We will visit the island Shikoku, where Buddhist monk Kukai, also known as Kobo Daishi, once lived.

Kobo Daishi (774-835) is a Buddhist Monk.  His original name is Kukai and the name Kobo Daishi was given to him posthumously.  Monk Kukai is the founder of Shingon Sect (Shingan-Shu) of Buddhism and responsible building the sacred temple complex on Mt. Koya (Koyasan). Many Buddhist temples in Japan are dedicated to Kobo Daishi, including large temples like Kawasaki Daishi Temple in the Kanto region.
At an early age, instead following prevailing Buddhist teachings such as Taoism, Monk Kukai goes on a self awareness mission to China in 804.  During this trip to China, he studies Zhenyang doctrine under the direction of the monk Huiguo and became a master of esoterism in 806. After coming back to Japan, he started his own set of Buddhist teachings, which were later transformed into Shingon sect (Shingon-shu).  The teachings of Monk Kukai preach that each person will be released from secular illusions and have his "mind's eye" opened.  He then will be an awakened person to the actualities of life.  He will then become a Buddha with his present body.
He was given the permission by then Emperor of Japan, (Emperor Saga) to build a temple complex on Mt. Koya (Koyasan) in the Wakayama prefecture and part of the Kii Peninsula.  Under his leadership Koyasan has flourished as a grooming place for thousands of buddhist monks in the teachings of Shingon-shu.
Emperor Saga honored Monk Kukai with the directorship of Toji Temple in Kyoto city and gave it the official name Kyo-o-gokokuji, which means the temple that guards the capital (Kyoto city during the Heian period) and the land by virtue of Ninno-gokoku-kyo (the main teachings of the Shingon Buddhism).  Kukai made Toji the central seminary of Esoteric Buddhism and added various other buildings to it.

Monk Kukai spent most of his later years in Mt. Koya (Koyasan) and he was later laid to rest in Koyasan.  Monk Kukai's mausoleum is now a major destination for Buddhists and non Buddhists alike on Koyasan.  Known as Oku-no-in, it is a must visit place for all followers of Buddhism.Monk Kukai, for his times, is considered as a renaissance man by Japanese people.  He was known to have invented and developed the Hiragana (Japanese script language) and the first dictionary of Japanese words.  He also devised the 88 temple pilgrimage of Shikoku (Shikoku Henro), which is considered as the fore father of all the temple pilgrimages in Japan.

This Shikoku pilgrimage is the deliverer of our prompts in the first two months of the new year. The 88 temples will all be in the prompt-list and the first prompts of the new year I will use the 13 rules of Zen Buddihism to give you all a ''back-pack'' to fullfill the Shikoku Pilgrimage like real Henro (pilgrims). To give you all an idea I love to share a You Tube Video here:

The Shikoku Pilgrimage (四国遍路 Shikoku Henro?) or Shikoku Junrei (四国巡礼?) is a multi-site pilgrimage of 88 temples associated with the Buddhist monk Kūkai (Kōbō Daishi) on the island of Shikoku, Japan. A popular and distinctive feature of the island's cultural landscape, and with a long history, large numbers of pilgrims (known as henro (遍路?)) still undertake the journey for a variety of ascetic, pious, and tourism-related purposes.
In addition to the 88 "official" temples of the pilgrimage, there are over 200 bangai — temples not considered part of the official 88. To complete the pilgrimage, it is not necessary to visit the temples in order; in some cases it is even considered lucky to travel in reverse order. The pilgrimage is traditionally completed on foot, but modern pilgrims use cars, taxis, buses, bicycles, or motorcycles. The walking course is approximately 1,200 km long and can take anywhere from 30 to 60 days to complete. "Henro" (遍路?) is the Japanese word for pilgrim, and the inhabitants of Shikoku call the pilgrims o-henro-san (お遍路さん?), the o (お?) being an honorific and the san (さん?) a title similar to "Mr." or "Mrs.". They are often recognizable by their white clothing, sedge hats, and kongō-tsue or walking sticks. Alms or osettai are frequently given. Many pilgrims begin and complete the journey by visiting Mount Kōya in Wakayama Prefecture, which was settled by Kūkai and remains the headquarters of the Shingon sect of Buddhism. The 21 km walking trail up to Koya-san still exists, but most pilgrims use the train.

In April 2014 we will have a month full of Special haiku written by the classical haiku masters for your inspiration.