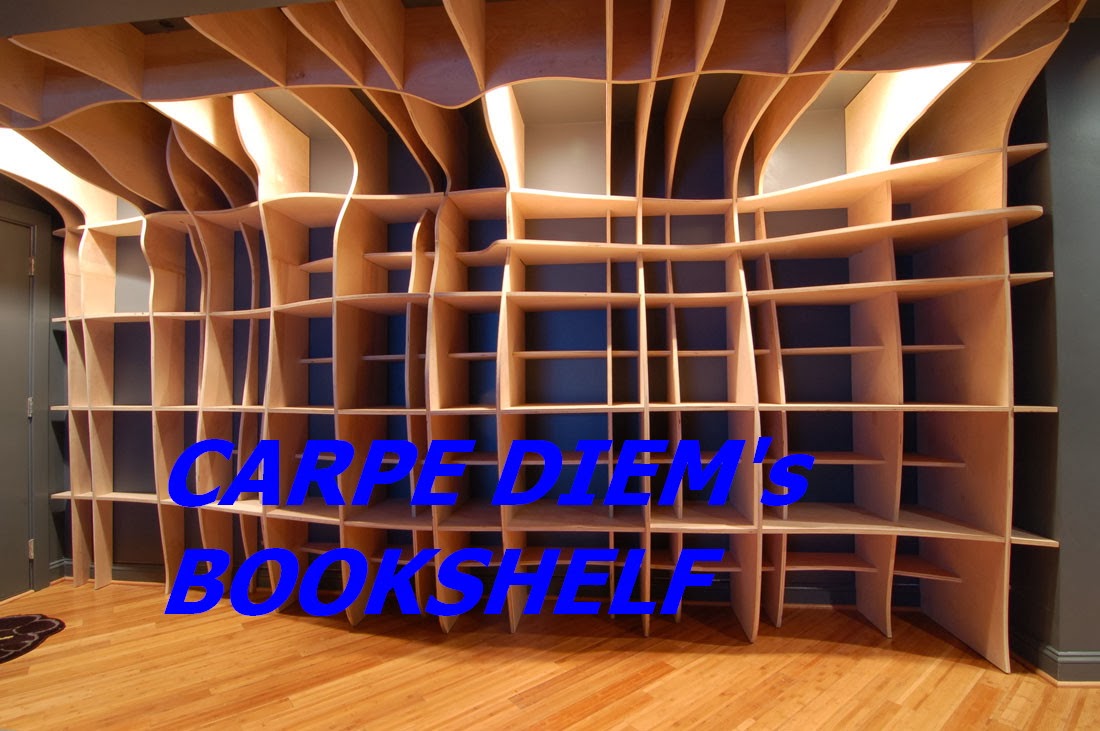 It's my pleasure to introduce a new feature on Carpe Diem Haiku Kai. It's all about writing a haiku-suite but why did I give this new feature the title ''Bookshelf''? Well ... let me try to explain that. A haiku-suite is in a way a short story and short stories are bundled up in anthologies, and anthologies are books. So that's why I have called this new feature ''Carpe Diem 's Bookshelf''. This feature will become a nice exhibition of short stories caught in the form of a haiku-suite and of course it will bring a lot of joy ... and joy (to me) is also a bookshelf full of books.

Let me introduce this new feature and I hope it will give a lot of pleasure and inspirational haiku-suites. As you maybe remember I wrote a haiku-suite in response on Adrian von Ziegler's short-musical-story which started with ''Prophecy''. You all responded with nice compliments and I thought maybe this haiku-suite is something for a new feature ... well ... this is that new feature and this is the first episode of Carpe Diem's Bookshelf''.


What is the goal of this new feature? It is the goal to write a haiku-suite based on a few words, images or another poem. A haiku-suite is a series of haiku with a so called 'red-thread' theme which bounds the seperate haiku together. There's no limit to the number of haiku, you can follow your heart, and write for example a haiku-suite with four, ten or more haiku.
I once wrote a haiku-suite of more than 15 haiku (and tanka) about one of the greatest Dutch painters Van Gogh, of course that haiku-suite was written in Dutch. Maybe I will translate that haiku-suite into English to share it here with you. I will see ...

Let's go and do some haiku-suite composing with the following words, image(s) or poem(s). I will give you three choices and you may choose what you want to use. Feel free, no obligations. Just have fun and enjoy this new feature.

Here are the three words:

And here is the poem, a haiku by Boncho:

the brushwood,
though cut for fuel,
is beginning to bud

PS.: The credits for the logo of this feature are in courtesy of: plusmood.com