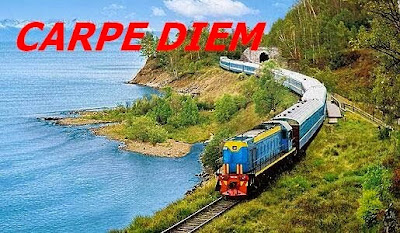 I hope you all have had a great start of 2014 and a great start for our new month of Carpe Diem Haiku Kai. I am happy that you have responded on our first prompt "Aleph" with nice haiku, because I really thought that it was a very difficult prompt, but ... I have read wonderful haiku and that makes me always happy.
Today we will start with our journey straight through the Soviet Union with the Trans Siberian Railroad (TSR). We are taking the TSR at Yaroslavsky Terminal Moscow and will soon be on our way.


Yaroslavsky station (Russian: Яросла́вский вокза́л, Yaroslavsky vokzal) is one of the nine main railway stations in Moscow, situated on Komsomolskaya Square. It has the highest passenger throughput of all the nine Moscow stations, serving eastern destinations, including the Russian Far East. It is the western terminus of the Trans-Siberian Railway, the longest railway in the world. Its name originates from the ancient city of Yaroslavl, the first large city along the railway, situated 284 km along the railway from Moscow.
The first Yaroslavsky station was built on this site in 1862, next to the Moscow's first rail terminal.
The existing Neorussian revival building facing Komsomolskaya Square was built in 1902–1904 by Fyodor Shechtel. The main departure hall beneath the fairy-tale roof connected directly into the boarding concourse. In 1910, its platforms and concourse were expanded by Lev Kekushev. Two major additions, in 1965–66 and 1995, further expanded station capacity. Currently, the station serves around 300 pairs of trains daily. 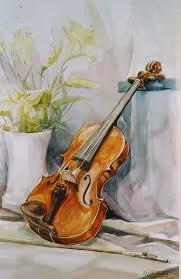 On this station Paulo Coelho meets his Russian Publisher for a journey straight through the Soviet Union to visit his readers. It's here he meets Hilal for the very first time, a young female violin-player, Hilal wants to be with him on this journey and during the journey Paulo and Hilal becoming closer and closer and it's becoming clear that they have known eachother and were in love in a earlier life.

Well ... of we go on our first part of our journey straight through the Soviet Union with the TSR up to Vladivostok and finally we will arrive at Shikoku Island.

cry of an eagle
grows, grows, and bursts into my ears
the train starts rolling

the train starts rolling
screams of goodbyes resounding
under the roof

Not a strong trio, but I liked composing them. Well ... it will grow further during our journey and the haiku will become better ... now it's up to you.
This episode will stay on until January 3rd 11.59 AM (CET) and I will post our first Carpe Diem Special of this month, a haiku by our featured Russian haiku-poet Alexey Andreyev, later on today.
!! Yaroslavsky Terminal Moscow is open for your submissions tonight at 7.00 PM (CET) !!