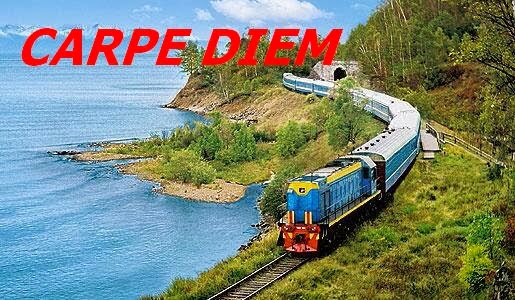 We have arrived at Irkutsk where Paulo has an appointment with a few of his readers. His publishers have created a grand party for him with a local singer and local dancers. He has Hilal with him as his companion. Hilal feels free and attracted to a younger man of her own age and she dances with him. Paulo is glad to see that, but also feels somewhat of jealousy.

Let me tell you something more about Irkutsk. Irkutsk was built in 1652 by Ivan Pokhabov as a zimovye (winter quarters) near the site of Irkutsk for gold trading and for the collection of fur taxes from the Buryats. In 1661, Yakov Pokhabov built an ostrog (a kind of fortress) nearby. The ostrog gained official town rights from the government in 1686. The first road connection between Moscow and Irkutsk, the Siberian Road, was built in 1760, and benefited the town economy. Many new products, often imported from China via Kyakhta, became widely available in Irkutsk for the first time, including gold, diamonds, fur, wood, silk and tea.


In the early 19th century, many Russian artists, officers, and nobles were sent into exile in Siberia for their part in the Decembrist revolt against Tsar Nicholas I. Irkutsk became the major center of intellectual and social life for these exiles, and much of the city's cultural heritage comes from them; many of their wooden houses, adorned with ornate, hand-carved decorations, survive today, in stark

Irkutsk is now one of the largest cities in Siberia and has a wonderful Railway station.
And a wonderful Cathedral in the characteristic architecture of Siberia, the Siberian Baroque.

Irkutsk is a nice city as you can see and it's sad that it's history is intwined with the old fashioned Siberian Exile sentence ... a lot of people, intellectuals and artists included, were exiled to Siberia and became citizens of this town, now one of the largest cities in Siberia with a blooming culture in literature and other kinds of arts.

a skylark's song
resonates through the night
in exile again

Awesome set ... hm ... how immodest, but it feels great this set of haiku/senryu. As I was preparing this post and was almost ready with it I ran into a wonderful photo of the Botanic Garden of Irkutsk I just had to share that here with you all. (By the way I post this new episode a bit earlier, because I am in the night shift.) 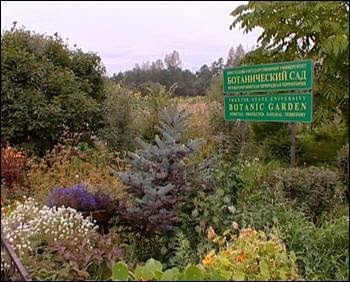