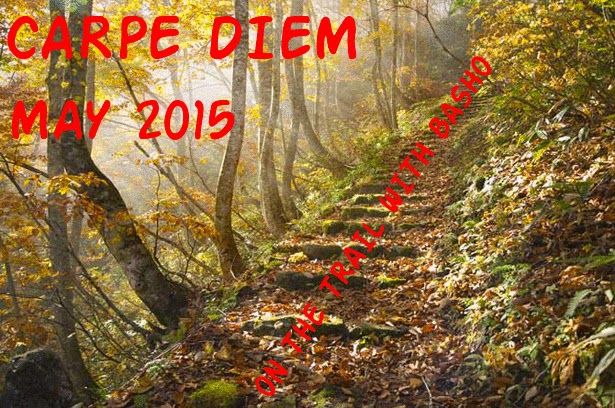 I hope you do like the haiku by Basho which are all our prompts this month. We have already had three beauties and today I am creating our fourth haiku by Basho. This haiku is very special ... it has a strong sense of emotions hidden in it and I suppose this haiku has Wabi Sabi in it. It's one of the techniques we have discussed in our CDHK Haiku Writing Techniques series and it's a technique Basho used often.

The haiku for today we have seen in a few earlier posts here at CDHK, but it is still one of the most beautiful haiku written by Basho. With this haiku "if taken in my hand" came a preface which I will share also. And of course I use (again) the translation by Jane Reichhold, one of my favorite haiku poetesses of this time.


At the beginning of September I came back to my birthplace. Nothing of my mother remained. The grass in front of mother's room had withered in the frost. Everything had changed. The hair of my brother and sisters was white and they had wrinkles between their eyebrows. We could only say, "We are fortunate to be still alive." Nothing more. My elder brother opened an amulet case and said reverently to me, "Look at mother's white hair. You have come back after such a long time. So this is like the jewel box of Urashima Taro. Your eyebrows have become white." We wept for a while and then I composed this verse:

*) The Japanese story to which Basho's brother is referring is titled "Otohime: beware of gifts from a Dragon Princess" (You can find this tale HERE)

As I started preparing this episode I thought "This would have been a great prompt for Mother's Day (May 10th), but when I was creating our promptlist I had no idea of Mother's Day, so therefore it's now our prompt.
Everyone I think has a great attachment with his/her mother and maybe you can respond on this haiku with something written for your mother, but .... that's no obligation.

Here is my haiku in response on this haiku by Basho, both are from my archives:


frost on the branches
melts in the early sunlight
life passes

This episode is open for your submissions tonight at 7.00 PM (CET) and will remain open until May 6th at noon (CET). I will try to post our next episode, priest and morning glory, later on. In that episode I hope to tell you all a bit more about Basho, or maybe the other Basho?