Today we are continuing to follow Basho. Yesterday in our "a clam" episode we finished our "Narrow Road", but Basho didn't stop with his journeys after "Narrow Road". After his "Narrow Road" he made several short journeys to several places and today our haiku wrapped in a straw mat he wrote somewhere in the near of Kyoto.


To create this episode I used a post from my archives, this post was published in 2012 at www.wonderhaikuworlds.com

wrapped in a straw mat
who can this great one be?
flowers of spring

© Basho (Tr. Jane Reichhold)
With this haiku came a preface: “Welcoming the New Year near Kyoto”. In winter plants and trees are wrapped in mats of woven straw to protect them from freezing. People also wore straw raincoats so it seemed that a person was wrapped in the mat. This is an example of the riddle technique, because it is the tree that is wrapped but it is done for the protection of the flowers which have no physical shape at this time. In our time we also try to protect plants and trees from freezing by 'making the garden ready for winter'. 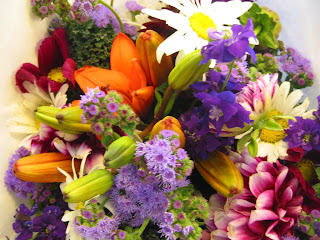 The riddle is probably one of the very oldest poetical techniques. It has been guessed that early spiritual knowledge was secretly preserved and passed along through riddles. Because poetry, as it is today, is the commercialization of religious prayers, incantations, and knowledge, it is no surprise that riddles still form a serious part of poetry's transmission of ideas.The 'trick' is to state the riddle in as puzzling terms as possible. What can one say that the reader cannot figure out the answer? The more intriguing the 'set-up' and the bigger surprise the answer is, the better the haiku seems to work. As in anything, you can overextend the joke and lose the reader completely. The answer has to make sense to work and it should be realistic. Here is a case against desk haiku. If one has seen plastic bags caught on cacti, it is simple and safe to come to the conclusion I did. If I had never seen such an incident, it could be it only happened in my imagination and in that scary territory one can lose a reader. So keep it true, keep it simple and keep it accurate and make it weird.


Oh, the old masters favorite trick with riddles was the one of: is that a flower falling or is it a butterfly? or is that snow on the plum or blossoms and the all-time favorite – am I a butterfly dreaming I am a man or a man dreaming I am a butterfly. Again, if you wish to experiment (the ku may or may not be a keeper) you can ask yourself the question: if I saw snow on a branch, what else could it be? Or seeing a butterfly going by you ask yourself what else besides a butterfly could that be?
One famous haiku with this "riddle technique" I had to share here with you all. I think you all will know this haiku by Arakida Moritake (1473-1549):


A fallen blossom
Returning to the bough, I thought --
But no, a butterfly.


This episode is open for your submissions tonight at 7.00 PM (CET) and will remain open until May 28th at noon (CET). I will try to publish our next episode, under the tree, later on.