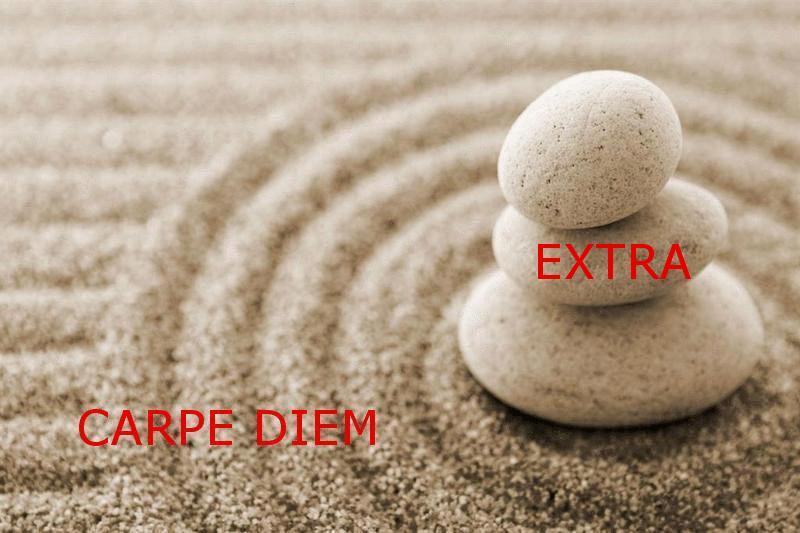 As promised a Carpe Diem Extra episode about Guy Sweens "Siddhartha's Journey". A few days ago I used another video instead of the prepared episode "Siddhartha", because of don't having permission to use the music by Guy Sweens. As I have told you I have gotten the permission to use the music by Guy Sweens, so today, in this Extra edition of Carpe Diem, I love to share this music video with you all. But first I love to tell you something more about Guy Sweens, a Dutch Worldfusion and New Age artist.


Guy was born in the South-East of the Netherlands. He showed much interest in music as a child and was spending time listening to pop and classical music throughout his youth. His grandfather inspired Guy to play the piano and it was at this time he discovered how he enjoyed composing music by himself.
When Guy reached the age of 16, he found out about a rarely new technique in the pop music scene that was and still is very popular: (re)mixing of already existing records. By coincidence, Guy discovered the weekly broadcast remixes of world famous Dutch remixer/producer Ben Liebrand in 1986. Inspired by Liebrand's remixes, Guy started to make remixes himself. A room in front of his bedroom in his parents' house became his home-studio.
The remixing went on until the beginning of the 1990's. In 1993, Guy switched to a brand new and totally different musical style called New Age Music. The first New Age song Guy ever listened to was "Dawnlight" from Karunesh.


The year 2000 became a turning point in Guy's musical career. From now on he decided to concentrate only on composing New Age and World-Fusion Music. Guy preferred composing music in this genre, because it is more melodic, varied and everlasting than Dance music. New Age and World-Fusion gave him much more freedom to express himself without the obligation to constantly keeping up with new musical trends, which is always the case in the Dance scene.
Guy's most important inspirational sources are traditional Asian and Indian music, the moody style of Jazz, pop- and classical music, but also the Middle-Ages and the music of that time. All these musical styles have the ability to express all kinds of feelings.
Guy's music can best be defined as vibrant, passionate, spiritual and full of melodic warmth with gentle rhythm. It is a fusion of western and exotic styles with a clear Indian influence. In order to create these textures, Guy uses many different instruments from all over the world, combined with modern synthesis and technology.
In 2005 Guy became a professional artist, composer and producer. He won the MG Music New Talent Competition and signed a record deal with MG Music later that year. MG Music is a record company based in the UK and owned by highly acclaimed New Age and World-Fusion artist Medwyn Goodall and his wife Wendy. In Spring 2005, Guy released his first album with MG Music "Gaya of Wisdom". The track “Siddhartha’s Journey” is from this album. (Source: www.guysweens.com )

It's a wonderful story I think. As a young boy Guy dreamed about music, was music, and now he is a world famous musician of New Age music in the same category as Karunesh. I think with this Carpe Diem Extra episode I celebrate Guy's wonderful music between the wonderful music of Karunesh.


Well ... I couldn't help it. I had to write a haiku inspired on the music by Karunesh in this Extra episode, but I promised you "Siddhartha's Journey" by Guy Sweens. This track comes from the album "Gaya of Wisdom" which Guy released in Spring 2005. (Video made by Nick Of London)

It's a wonderful musical video I think an I think also that the Journey of Siddhartha, who became the Buddha, is a great source of inspiration. So lean back, enjoy the music, become one with the deep mystery of the Buddha and share your haiku with us all here on Carpe Diem.

walking the path
from richness to poverty
enlightned Buddha

This Extra Carpe Diem episode will be open  for submissions 'till August 12th 11.59 AM (CET). So be inspired and share your haiku with us all here on Carpe Diem's daily haiku meme, the place to be if you like writing and sharing haiku with the world.