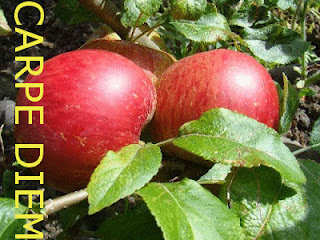 I have sought all the sources which I use for our classical haiku masters and especially the sources on Buson and I ran into a wonderful haiku on Ran written by him in 1777. I love to share that haiku with you all here:


orchids in the night
in their fragrance hidden --
the flowers white.

What a beauty don't you think? Look at those fragile flowers of the White Orchid ... gorgeous.
Unlike most flowers that have round-shaped petals, orchids have petals in geometrical shapes. No wonder, these beautiful flowers are used to convey special messages.
So, what all things do orchids represent? If you are an orchid lover, you'll be glad to learn that these exotic flowers are a symbol of love, beauty, and innocence in most cultures around the world. The word 'orchid' is derived from the Greek word orchids which means testicles, and the name originates from the shape of the root tubers of the plant. It is due to this reason that orchids have been associated with sexuality in many cultures. However, there's more to the meaning of orchids:

Because of their symmetry, and the straight lines on their petals, orchids represent beauty in symmetry, and are considered epitomes of rare beauty. In Victorian England, these lovely flowers were likened to a beautiful woman. Interestingly, even a woman's attire during the era had a striking resemblance to the flower. The people of ancient China considered these flowers as 'Lan Hua', or the epitome of human perfection.

Orchids are considered symbols of love because of the fact that the plants grow easily, and bloom under most conditions. During the Victorian era, it was a custom to gift exotic and rare flowers to show love and affection. It was even believed that rarer the flower you chose as a gift, deeper was your love. In parts of Europe, orchids were used as a key ingredient in love potions.
A white orchid stands for innocence, beauty and elegance. A nice gift for one who’s dear to you. In ancient Japan as a warrior found an orchid it told him that he was brave.

Orchids have so much to tell us, but mostly we have them in our home because they are so beautiful and I only can “that’s so true”.

in admiration
he gives his beloved girl
white orchids

These haiku aren't my strongest ones, but I like the intention which they radiate through their words. So I am looking forward to your haiku on Ran (Orchids).
This prompt will stay on 'till September 12th 11.59 AM (CET) and I will post our next episode, Wase (early rice), later on today around 7.00 PM (CET). !! Ran (Orchids) is open for your submissions at 7.00 PM (CET) !! Have fun, be inspired and share your haiku with us all here at Carpe Diem.