Last night we had a very clear night and I could gaze at the Harvest Moon for a long time, it was hypnotizing and I dreamed away to ancient Japan, the land of the rising sun, but also of the Nowaki (windstorm or field dividing wind, typhoon) and wandered through this ancient Japan as a companion of Basho on his way to the Deep North. It was awesome. Basho and I took shelter for a strong field dividing wind in an old barn and wrote a Renga together ... for a little while I was in the shadow of the master. As clouds covered the harvest moon I came back on my feet and shook my head. "It was just a dream", I thought.

Today we share haiku on Nowaki. Nowaki or field-dividing wind is a kind of wind that occurs on a regular base between the 210th and 220th day after the starting of spring (Risshuu). It's a typhoon-like strong autumn gale, but only the wind and not the rain (as with a typhoon).
People living in the rice fields of Western Japan, have seen this "parting of the fields" quite often after the autumn typhoons. It hurts them  to see the ripe ears of rice hang down on the ground to the right and left of a swath of flattened stems. 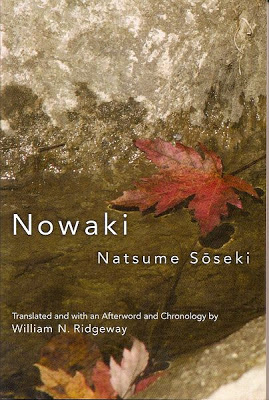 Nowaki is also a short Japanese novel by Natsume Sōseki (1867-1916). Written in 1907, the novel was published in the magazine Hototogisu (the magazine founded by Shiki) in January. The year 1907 was a turning point in the author’s life when he left his Tokyo University teaching position to write full-time for the daily Asahi Shimbun (a Japanese newspaper).

Nowaki is about three men, all of whom are writers. Two of the younger men, the tubercular Takayanagi and the dandy Nakano, were close in their student days, and are now recent university graduates making their way in the world. The older man of the three is known as Dōya-sensei (Master Dōya), once a teacher in the provinces who was forced to leave his post by villagers and students angered over his disrespectful attitude toward wealth and authority, now pursuing in Tokyo a career as editor and writer, barely eking out a livelihood, much to his wife’s consternation. Magazine editor by day, he longs to finish and publish his more serious writing, "Essay on Character." By sheer coincidence, the three lives come together over the sum of one hundred yen (about a month’s salary at the time): Nakano’s gift to Takayanagi to convalesce at a seaside hot springs, Dōya-sensei’s debts which are paid off with the purchase of his manuscript, and Takayangi’s act of self-sacrifice and redemption. 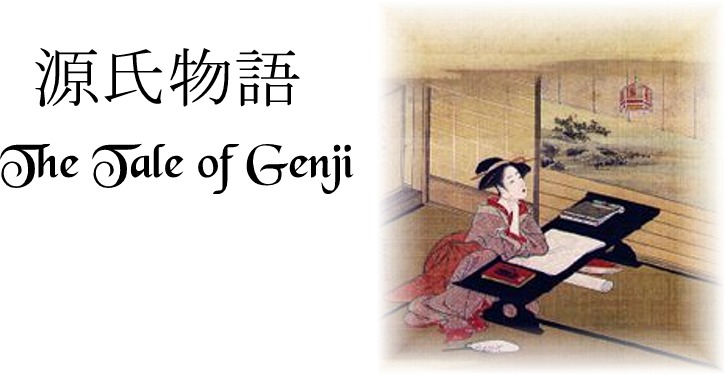 In the "Tale of Genji" in chapter 28 a Nowaki occurs. This chapter is called "The Typhoon" and I love to share a piece of that chapter here with you.

[...] “An irritable, impatient sort of wind,” he said. “You must close your shutters. There are men about and you are very visible.”
Yūgiri looked back. Smiling at Murasaki, Genji was so young and handsome that Yūgiri found it hard to believe he was looking at his own father. Murasaki too was at her best. Nowhere could there be a nearer approach to perfection than the two of them, thought Yūgiri, with a stabbing thrill of pleasure. The wind had blown open the shutters along the gallery to make him feel rather exposed. He withdrew. Then, going up to the veranda, he coughed as if to announce that he had just arrived.
“See,” said Genji, pointing to the open door. “You have been quite naked.”
Nothing of the sort had been permitted through all the years. Winds can move boulders and they had reduced the careful order to disarray, and so permitted the remarkable pleasure that had just been Yūgiri’s.
Some men had come up to see what repairs were needed. “We are in for a real storm,” they said. “It’s blowing from the northeast and you aren’t getting the worst of it here. The stables and the angling pavilion could blow away any minute.”
“And where are you on your way from?” Genji asked Yūgiri.
“I was at Grandmother’s, but with all the talk of the storm I was worried about you. But they’re worse off at Sanjō than you are here. The roar of the wind had Grandmother trembling like a child. I think perhaps if you don’t mind I’ll go back.”
“Do, please. It doesn’t seem fair that people should be more childish as they get older, but it is what we all have to look forward to.”
He gave his son a message for the old lady: “It is a frightful storm, but I am sure that Yūgiri is taking good care of you.”
Though the winds were fierce all the way to Sanjō, Yūgiri’s sense of duty prevailed. He looked in on his father and his grandmother every day except when the court was in retreat. His route, even when public affairs and festivals were keeping him very busy, was from his own rooms to his father’s and so to Sanjō and the palace. Today he was even more dutiful, hurrying around under black skies as if trying to keep ahead of the wind.
His grandmother was delighted. “In all my long years I don’t think I have ever seen a worse storm.” She was trembling violently.
Great branches were rent from trees with terrifying explosions. Tiles were flying through the air in such numbers that the roofs must at any moment be stripped bare.
“It was very brave of you.”
Yūgiri had been her chief comfort since her husband’s death. Little was left for her of his glory. Though one could not have said that the world had forgotten her, it does change and move on. She felt closer to Yūgiri than to her son, Tō no Chūjō.
Yūgiri was jumpy and fretful as he sat listening to the howl of the wind. That glimpse of Murasaki had driven away the image that was so much with him. He tried to think of other things. This would not do, indeed it was rather terrible. But the same image was back again a moment after he had driven it away. There could have been few examples in the past of such beauty, nor were there likely to be many in the future. He thought of the lady of the orange blossoms. It was sad for her, but comparison was not possible. How admirable it had been of Genji not to discard so ill-favored a lady! Yūgiri was a very staid and sober young man who did not permit himself wanton thoughts, but he went on thinking wistfully of the years it would add to a man’s life to be with such beauty day and night.
The storm quieted toward dawn, though there were still intermittent showers. Reports came that several of the outbuildings at Rokujō had collapsed. Yūgiri was worried about the lady of the orange blossoms. The Rokujō grounds were vast and the buildings grand, and Genji’s southeast quarter would without question have been well guarded. Less well guarded, the lady of the orange blossoms must have had a perilous time in her northeast quarter. He set off for Rokujō before it was yet full daylight. The wind was still strong enough to drive a chilly rain through the carriage openings. Under unsettled skies, he felt very unsettled himself, as if his spirit had flown off with the winds. Another source of disquiet had been added to what had seemed sufficient disquiet already, and it was of a strange and terrible kind, pointing the way to insanity. [...]

What an awesome story this is and a joy to read it. I wonder ... maybe after our column-series about Oku no Hosomichi I can do a column series about the "Tale of Genji". I will keep that idea in my thoughts.

Not such a strong set of haiku, but the intense feeling of Nowaki makes it all better. I like those strong autumn winds and I hope you do to. Have fun, be inspired and share your haiku on Nowaki with us.
This prompt will stay on 'till September 21th 11.59 AM (CET) and I will post our next Special episode, a haiku by our featured haiku poet O. Mabson Southard, later on today around 7.00 PM (CET).
!! Nowaki is open for your submissions at 7.00 PM (CET) !!