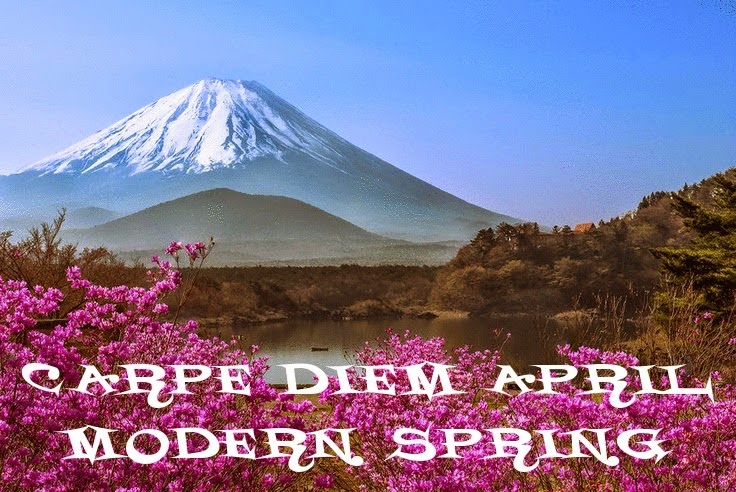 What a joy ... I have read wonderful haiku in response on all of these modern spring kigo and that makes me happy. In the classical haiku kigo were a ''must'' and through these kind of ''kigo''-months I hope that we cherish these kigo, because they are part of haiku, every haiku.
Today we have another wonderful modern kigo for spring namely, Crane. The Crane is a majestic bird and it has a very important meaning. Crane stands for a long and happy life, or in other words Crane means 1000 happy years, that's more tahn a lifetime and so it means eternal life.
Last Sunday it was Easter and isn't that the ultimate truth that we all will have eternal life? After we have died we will live eternal, live forever. So can I say that Crane and Easter are the same? I think so.
As I do every day I will give a haiku by Jane Reichhold which she used as an example for the modern kigo, so let us look at the haiku she wrote for this kigo, Crane.

a crane scatters stars
sunk in the pond

WOW! This is a gorgeous one, could have been written by one of the classical masters .... really this is a beauty, a masterpiece. I can even hope that will become close to this masterpiece with my haiku ...
For today's prompt I have another challenge for you all. !!! Your haiku for this prompt has to be a classical one, so you have to use the syllables-count 5-7-5 !!!

And then there is that other kind of crane, the machine. I recall that I once (very long ago) have read a book titled 'The Lost Language of Cranes' by David Leavitt. It's about a father and his son and their struggle with life especially their sexuality. I couldn't understand why David Leavitt took this title, but after a while I understood it. It resonates with the thought of a youngster who only could see cranes from his sleeping room window and who is personifying itself with it, because he has not a good relationship with his parents.
Both, father and son, in the novel, have that same feeling about sexuality.

the sound of old cranes

resonates through the harbour -
as if they're talking

This one was inspired on the second meaning of 'crane' which I gave above, but there is also that first meaning, crane the bird, so let me think ... what to do with that one?

Pff ... that wasn't easy. I can feel how difficult it is to write haiku in the classical 5-7-5 syllables way. I had to use a Syllables-counter to compose these haiku for you.

This episode is open for your submissions tonight at 7.00 PM (CET) and will remain open until April 27th 11.59 AM (CET). I will try to publish our new episode later on. That will be Sparrows. For now ... have fun, be inspired and share your haiku with us all.
!! I have published our new prompt for this week at Haiku Shuukan, our weekly haiku-meme !!