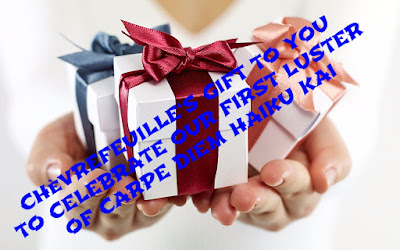 I had some spare time so here is another episode of my gift to you. In this special Luster feature I take you back to several special features we had here at CDHK. This time I have chosen to bring you a "reprise" of "Perpetuum Mobile" (or perpetual movement), that special feature about "movement in haiku". This special feature was the "trigger" to create Undou (movement) as a Haiku Writing Technique in our second CD-HWT series.

Haiku is the poetry of nature and nature is always in motion. Seasons come and go, the moon changes every 28 days and so on, the only thing which is steady and without clear motion is our sun, that big star of our Milky Way around which the planets are rotating.

In this haiku the movement, the motion is very clear present "leaves whirl through the street" ... all movement. Haiku becomes very lively through using movement ... so try it sometimes ... or just now. 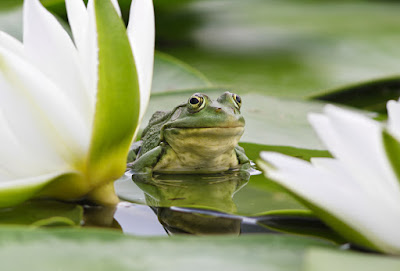 The goal of this feature is trying to catch the perpetual motion of the seasons, of nature, the "undou" of nature. I challenge you to catch movement in your haiku.

This episode is NOW OPEN for your submissions and will remain open until next Saturday June 10th at noon (CET). No prompt, no theme ... just the challenge to creat haiku (only haiku) in which you use this "undou", this idea of "perpetual movement". Have fun! (This "gift" episode is built from two other posts I have once written here at CDHK).