In "Writing and Enjoying Haiku" Jane brought up the idea of haiku writing as a kind of meditation and a way to find spiritual peace. And that's what the goal is of this new "weekend-meditation" feature.

A few years ago I was send a gift by Jane for my birthday, a nice box full of books written by her. For example she gave me "Basho, the complete haiku", one of her best books in my opinion, but she also gave me a copy of her Hands On Guide "Writing and Enjoying Haiku". This small book was an eye-opener ... I had never looked at haiku as a way of finding peace, but after reading it I was overwhelmed by her beautiful mind and her knowledge. So it was then that a seed was sown for a new feature. I never had thought that I would use this idea that soon ... well it was through her death that this idea started to grow and finally blossomed ....

I love to start with a quote taken from the back-cover of Jane's Hands On Guide:

[...] "Writing and Enjoying Haiku shows how haiku can bring a centered, calming atmosphere into one's life, by focusing on the outer realities of life instead of the naggings of the inner mind, by gaining a new appreciation for the world of nature, and by preserving moments, days, and events so that they are not lost forever in the passage of time." [...]

[...] "Though the word "enjoying" is the third word in the title (of this book), for me enjoying anything and everything is the primary function of our lives. True, the function (of this book) is to teach you how to write haiku, but I want you to first learn to touch a point of pleasure within yourself with haiku.
To do this, you will need to open the arms of your mind to take in some haiku already snapped up out of the art and written down." [...]

The above quote is from the introduction of Jane's Hands On Guide and she already gives us a task in these words "learn to touch a point of pleasure within yourself with haiku". Let us start again with being a "rookie" in haiku world and let us learn to appreciate haiku right now by reading a few beauties collected from Carpe Diem Haiku Kai. To learn to appreciate haiku we have to learn how to read again, and re-read again ... making the haiku come to life and let it be part of you, let it be your pleasure ... maybe while reading these examples you have the urge to change something ... feel free to do so ... bring the haiku to life through your mind, your heart and your pencil.

I have the following haiku for you to "contemplate" and "meditate". Read and re-read them and try to bring the scene(s) to life. Try to become one with the haiku.
And as I wrote earlier in this post ... feel free to change the haiku if you have the urge to change them, that you can only achieve through "living" the haiku.

petal lanterns —
a waterfall of flowers
her lips touch mine

summer heat
no shadows to turn to
rain at last

Four haiku extracted from our CDHK E-book "Petal Lanterns". Written by four of our CDHK family members (including myself). 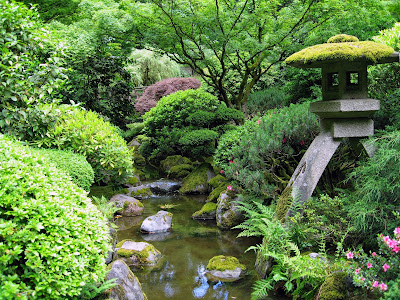 What is the goal of this "weekend-meditation"? Well to "learn" to read  haiku, to become one with haiku and trying to be the haiku. And if you had the urge to change something than share your "re-done" haiku with us. The second goal is to create haiku (or tanka) in which the reader can find, feel, touch, hear or see the scene as you have seen it and maybe your readers will also try to become one with your haiku, or will give words to their urge to change something.

Well ... I hope you did like this new "weekend-meditation" feature in honor and tribute of Jane Reichhold.

!!! Submissions for this "weekend-meditation" can be linked to the linking widget next Sunday, June 25th at 7.00 PM (CET). and will remain open until June 30th at noon (CET). I will try to publish our new episode, Shambhala, later on. For now ... have fun and have a wonderful creative weekend.