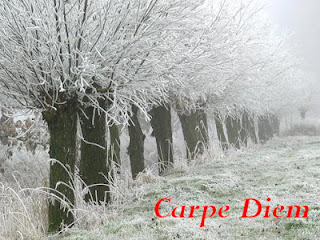 Tomorrow we have a little celebration, because we will reach a milestone ... the 100th episode of Carpe Diem. I hope to make that a nice anniversary with a wonderful post. Our 100th prompt will be 'angels', a nice one I think, but that's for later.

Today we share haiku on Love Story a nice one too I think. Love Story was a movie which came in roulation in 1970. Love Story, a short summary.

Harvard Law student Oliver Barrett IV and music student Jennifer Cavilleri share a chemistry they cannot deny - and a love they cannot ignore. Despite their opposite backgrounds, the young couple put their hearts on the line for each other. When they marry, Oliver's wealthy father threatens to disown him. Jenny tries to reconcile the Barrett men, but to no avail. Oliver and Jenny continue to build their life together. Relying only on each other, they believe love can fix anything. But fate has other plans. Soon, what began as a brutally honest friendship becomes the love story of their lives.

I can't remember if I have seen it (I think not I was 7 yrs old at that time), but I have heard it was a wonderful movie.

a pair of swans
forever and ever together
even in death

Well ... that's my haiku pair for today's prompt. Have fun, be inspired and share your haiku with us here on Carpe Diem.