I had a great weekend off and I enjoyed it a lot. Thanks to Jen Carpe Diem Haiku Kai could go on and I think she did great. Thank you Jen from the bottom of my heart ... thank you! 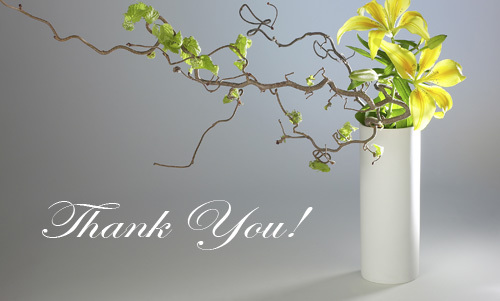 I am already busy with our new promplist for March and I hope to publish it this week. I think I have managed to make another nice list, but there will be a few prompts which we are "revisiting", but that has more the do with the main idea of March ... Haiga ... As you maybe know haiga is a special form of poetry in which a haiku is published within a photo, painting or other kind of image. Mostly the image fits the haiku or makes the haiku more transparent ... And I have found a nice haiku-poet (a comtemporary of Shiki) for our CD-Specials.

But ... we have still a few days to go in February and we are still on our journey through impressionism and "my statement that a haiku is an impression". Today I have a wonderful painting for your inspiration by Edgar Degas "Dance Rehearsal in the Studio of the Opera".

Edgar Degas was one of the founders of the Impressionist movement and prominent artist in the last half of the 19th century. Born to wealthy family, he began his schooling with a baccalaureate in literature in 1853. Due to the wishes of his father, who wanted him to go to law school, he enrolled at the University of Paris in 1853 to pursue a law degree, where he made little effort. Degas, who at age 18 had transformed one of the rooms is his house into a studio, and was a registered copyist at the Louvre by 1853, left law school after two years, and a year later traveled to Italy studying the art of the great masters.

His paintings were exhibited at the Paris Salon beginning in 1865, but they attracted little attention, and his subject matte slowly transitioned from history paintings to more contemporary subjects. In 1870, at the outbreak of the Franco-Prussian War, he enrolled as a member of the National Guard, but his eyesight, which was found defective during rifle training, was troublesome and so he could not serve. Three years later, in 1873, Degas’ father died, revealing a massive amount of business debt held by his brother, Rene. Degas was forced to sell the family home and many family paintings in order to cover the debt, and for the first time, had to rely on the income from his paintings for survival. It was in 1874 that he began producing his most successful works.

I ran through my archive, because I remembered a series of haiku about ballet ... and I found a nice series about ballet and a wonderful acrostic haiku (with liaison) which I love to share here:
she watches him
from behind the curtains
prima ballerina
prima ballerina
dances in the arms of her boyfriend -
just a dream
just a dream
to become happy again and in love
dying lady swan
© Chèvrefeuille
And here is the acrostic with liaison:

© Chèvrefeuille
In this one the theme is "autumn" and the "liaison" is "tutu". Can we call these haiku which I share here impressions? Or shall I try to write/compose new haiku for this episode?

Well ... I just had to write/compose a few new haiku for this episode and here is the result:

Or this one ... more like an "impression" of the scene on the painting:

A wonderful painting and I hope it will inspire you to write an all new haiku (or tanka) ... it was really a joy to prepare this episode for you all and I am looking forward to all of your responses.

This episode is open for your submissions tonight at 7.00 PM (CET) and will remain open until February 25th at noon (CET). I will publish our next episode, Channel, later on. And of course tonight there will be another episode of our Time Glass feature in which you have to respond on a given prompt (and image) within 24 hours.
By Chèvrefeuille - February 22, 2015