What a joy ... another month of CDHK is running to it's end and we have just a few days before we are starting with our third anniversary month. Incredible that CDHK is still here alive and kicking. I am proud to be your host and that makes me humble too, because who am I that I may make CDHK for a worldwide family of haiku poets. Thank you all for being part in this haiku loving family. 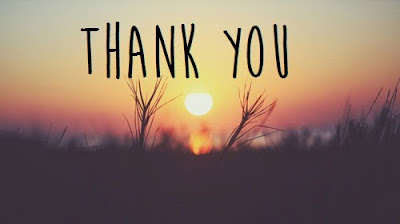 Today we are going further on our space odyssey to encounter another (not so well known) constellation Phoenix. The Phoenix rises from its ashes and I hope that CDHK will never come to the point that it will die and has to be reborn like a phoenix.

Let us first take a look at the mythology of this mythical creature. In Greek mythology, a phoenix or phenix is a long-lived bird that is cyclically regenerated or reborn. Associated with the sun, a phoenix obtains new life by arising from the ashes of its predecessor. According to some sources, the phoenix dies in a show of flames and combustion, although there are other sources that claim that the legendary bird dies and simply decomposes before being born again. According to some texts, the phoenix could live over 1,400 years before rebirth. Herodotus, Lucan, Pliny the Elder, Pope Clement I, Lactantius, Ovid, and Isidore of Seville are among those who have contributed to the retelling and transmission of the phoenix motif. The phoenix was adopted as a symbol in early Christianity.

As you maybe know I am a fan of Harry Potter and in that movie series appears several times a phoenix to rescue Harry e.g. in "The Secret Chamber" and "The Order of the Phoenix". So a lot of us have grown up with this mythical creature.

Maybe that's the deeper meaning of this creature. Resurrection and renewal every day again. Maybe you have conquered illness and came out of it like a Phoenix. I think that in everyone of us, in every human there is something like a Phoenix. As I look at myself than I sure think that's true. I have conquered several periods of illness and came out stronger as ever. So ... we all are Phoenixes ...

Ok ... back to our constellation, because that's where its all about this month. Let us take a closer look to this, not so well known, constellation.

Phoenix was the largest of the twelve constellations established by Petrus Plancius from the observations of Pieter Dirkszoon Keyser and Frederick de Houtman. It first appeared on a 35-cm diameter celestial globe published in 1597 (or 1598) in Amsterdam by Plancius with Jodocus Hondius. The first depiction of this constellation in a celestial atlas was in Johann Bayer's Uranometria of 1603. De Houtman included it in his southern star catalog the same year under the Dutch name Den voghel Fenicx, "The Bird Phoenix", symbolising the phoenix of classical mythology. One name of the brightest star Alpha Phoenicis—Ankaa—is derived from the Arabic ‘anqā’ "the phoenix", and was coined sometime after 1800 in relation to the constellation.

Celestial historian Richard Allen noted that unlike the other constellations introduced by Plancius and La Caille, Phoenix has actual precedent in ancient astronomy, as the Arabs saw this formation as representing young ostriches, Al Ri'āl, or as a griffin or eagle. In addition, the same group of stars was sometimes imagined by the Arabs as a boat, Al Zaurak, on the nearby river Eridanus. He observed, "the introduction of a Phoenix into modern astronomy was, in a measure, by adoption rather than by invention."

The Chinese incorporated Phoenix's brightest star, Ankaa (Alpha Phoenicis), and stars from the adjacent constellation Sculptor to depict Bakui, a net for catching birds. Phoenix and the neighboring constellation of Grus together were seen by Julius Schiller as portraying Aaron the High Priest. These two constellations, along with nearby Pavo and Tucana, are called the Southern Birds.

That's something to see spring arriving like a Phoenix ... maybe the Phoenix is very real ...

This episode is open for your submissions tonight at 7.00 PM (CET) and will remain open until September 29th at noon (CET). I will try to publish our next episode, Sculptor, later on. For now ... have fun, be inspired and share your haiku, tanka or other Japanese poetry form with us all here at our Haiku Kai.